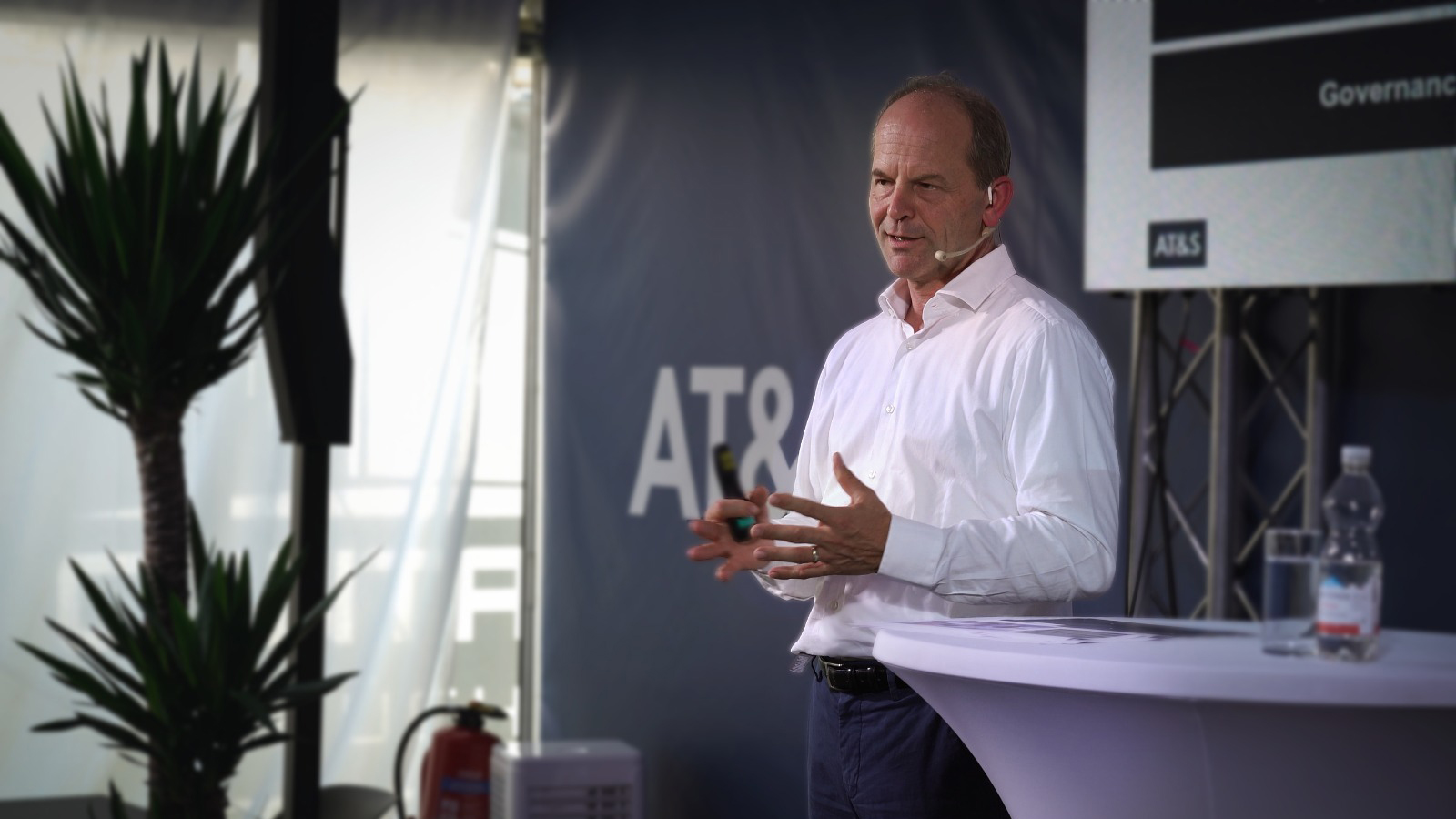 The Styrian microelectronics group is breaking new ground in internal communication: the new event series #transformationtuesday brings exciting lectures to the plant in Leoben every week. The events are broadcast live for all employees worldwide.

New event space at the AT&S headquarters in Leoben-Hinterberg will serve as the venue for the new #transformationtuesday lecture series in the coming months. The premiere was last Tuesday, July 19, 2022, with AT&S CEO Andreas Gerstenmayer. In the packed event space, he spoke about the further development of the company and his vision for the future as a leading PCB producer.

The crowds at the premiere were so great that the canteen at the Leoben plant was temporarily converted into an additional audience area with live transmission of the CEO’s speech. Naturally, the interest in the rapid, worldwide further development of AT&S was very great. Food trucks ensured the well-being of the employees and a good atmosphere.

Every Tuesday, #transformationtuesday gives the members of the AT&S family worldwide insight into technological developments relevant to AT&S through exciting presentations by proven experts. Participation can be in person in Leoben, on the live stream worldwide, or later watching a download in the archive. In the coming weeks, events will also take place at the AT&S locations in Asia as part of #transformationtuesday and will be broadcast live to the other plants.

No progress without change

AT&S will continue to invest heavily and grow in the coming years. For this to work optimally and as smoothly as possible, the company and its culture will have to change accordingly, said Gerstenmayer. With  #transformationtuesday, AT&S is taking a big step into this promising future. For the series of lectures, experts from inside and outside the company will come to Leoben in the coming weeks and give exciting keynotes on progress, innovation, and change topics. Employees are offered information at the highest level in a relaxed atmosphere every Tuesday, whether it’s the latest research results or management strategies.

The program for the coming weeks has already been set, and several highlights are planned for autumn. Until then, #transformationtuesday will take place in the temporary event space, after which the lecture series will move to the new premises in Hinterberg, which are currently being built as part of large-scale renovation work.