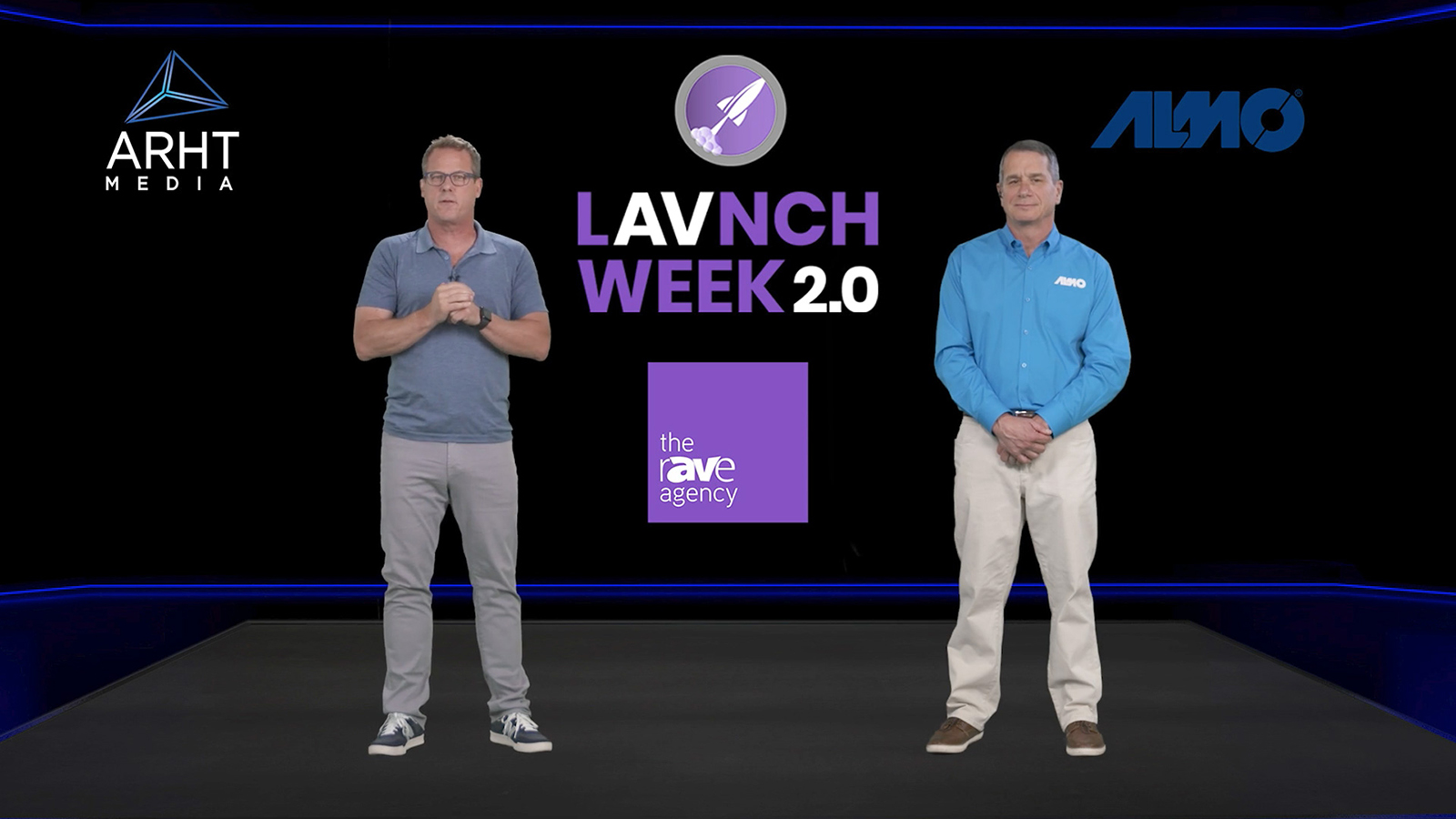 “Beam me up, Scotty”: Captain Kirk’s command in the science fiction series Star Trek to his chief engineer to reach his spaceship by teleportation has become a proclamation of pop culture. Now lifelike, three-dimensional virtuality enables global presence without ever having to board a plane.

The desire to get to another place within a few seconds: Some of today’s everyday technologies would have appeared to us as pure fantasy half a century ago. However, the promise of teleportation remains unlikely to materialize in our lifetime. The actor William Shatner, who played Captain Kirk, will turn 91 in March, 2022. Last October he actually went to space for the first time in Jeff Bezos’s Blue Origina space module.

It seems that teleportation is forever in the future. Or is it? Beam me up: Three speakers are standing on a stage in Los Angeles and are explaining to their audience how their product “Virtual Global Stage” works. It appears to be an industry event like many and nothing special – if the speakers didn’t materialize out of nowhere in front of their viewers with the characteristic Star Trek effect. Larry O’Reilly, CEO of ARHT Media, will be coming to his presentation from Toronto and bringing guests from London and New York City. They stand on the stage in full size and three-dimensional form, conduct their lectures in alternating conversations, answer questions from the audience.

The three speakers did not leave their hometowns to perform in Los Angeles. “HoloPresence,” the technology developed by ARHT Media, “beams” them life-size and three-dimensionally from studios in Toronto, London, and New York onto an actual stage in Los Angeles. The actors, in reality, stand in front of a green screen, a green background used in TV and film productions to film the character detached from any background. A special video camera enables three-dimensional recording. Large displays at the speaker’s feet show him the audience. Side displays show other speakers on the stage — this enables direct interaction both with the other speakers and with questions from the audience.

Back on stage, the speakers are projected three-dimensionally in life-size. Here the unique technology developed by ARHT Media comes into play: no special glasses are required to create the three-dimensionality. It is possible to walk from one side of the room to the other and see the people from different perspectives. For a viewing angle of 130 degrees, O’Reilly says it’s currently possible to get the 3D effect, and future updates will expand that. The second technical trick is to reduce the latency – the reaction time when transmitting the digital stream – to almost zero so that there are no artificial pauses in the conversations between the participants at different locations.

The virtual presence effect is stunningly lifelike, far exceeding what is seen in video circuits even at excellent quality. As a viewer, you forget that the person is not physically present. On the contrary, the audience’s attention would even increase, says O’Reilly: Studies have shown that the entertainment effect leads to the audience participating more intensively in lectures. Only those in the know who are familiar with the recording setting will notice that the presenters do not move significantly from their positions on stage but remain within their frame – a change from one side of the stage to the other would only be possible by beaming again.

Virtual conferences have taken a big step in the Corona period. With ARHT’s HoloPresence, they step into the next dimension. It is still a relatively expensive form of teleconferencing, admits CEO O’Reilly: “Our customers are global companies that use it to hold internal high-level conferences or make international experts accessible to their customers.” HoloPresence was also used for the Green Fashion Award in 2020 due to the lack of travel opportunities from prominent presenters from all over the world — whose presence was virtual in each case.

As with all digital technologies, the costs of HoloPresence are falling very quickly. O’Reilly, previously CEO of the IMAX Corporation, tells about the cost involved in a (virtual) workshop of the EU project “Living Innovation” at the Vienna University of Economics and Business. Three years ago, when he joined ARHT, it cost around $85,000 to beam one person somewhere else. Now it’s $12,000. If you compare this to a long-haul business flight, hotel, and the time required for a presentation of two or three hours over several days, HoloPresence is already a cost-saving option in many areas. In terms of the ecological footprint, it wins the race by far.