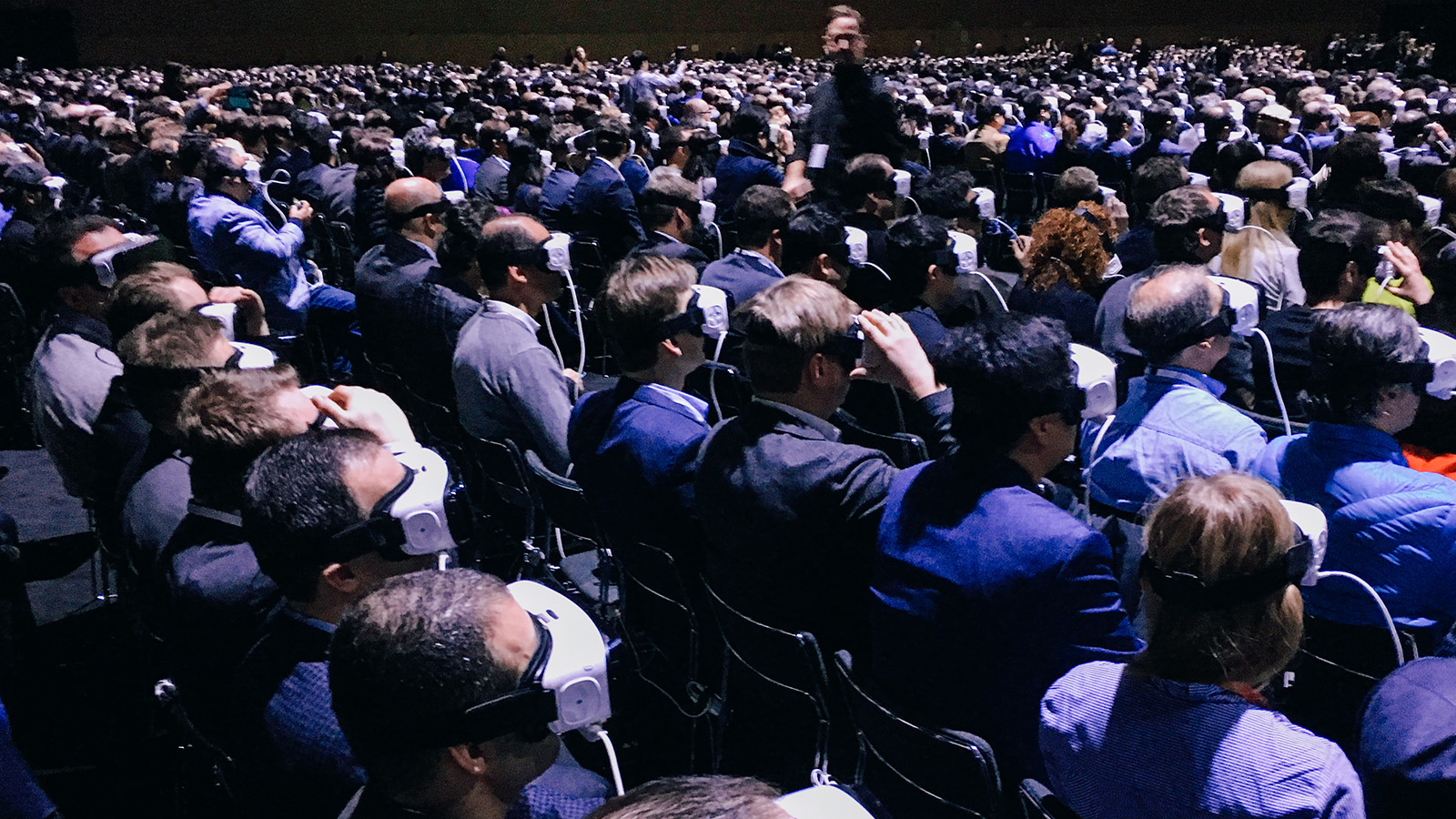 Ever since Facebook founder Mark Zuckerberg predicted the coming of the “Metaverse” six months ago and renamed his company Meta, the buzzword has been on everybody’s lips. An inventory.

For many, the past two years have felt as if their lives had only happened online. Meetings with friends, colleagues, and business partners online only. Virtual teams in Slack or Teams. Shopping in online supermarkets and unseen staff of delivery companies who left an endless stream of packages at the door. Conferences in virtual showrooms instead of stressful trade fairs. And in the evening, immersing in the virtual world of “real” television, binge-watching on Netflix & Co, or playing games online.

Welcome to the future called Metaverse, which has long since begun. Even before Mark Zuckerberg renamed Facebook “Meta” in hopes of doing mega business with the Metaverse, we were already residents of this virtual world. It’s been six months since Facebook CEO Mark Zuckerberg proclaimed “Metaverse” as the future of the internet and changed the listed Facebook to Meta. Facebook remains the brand of the social platform, which is probably what most people mean when they talk about Facebook, both the venue and the company. Mega amounts of data will still be rushing over the networks before Meta comes off our lips as fluently as Google.

A booster for Facebook’s VR-glasses

What is meant by the Metaverse has not become clearer since this grand gesture. For Zuckerberg, VR, virtual reality, is the core of the Metaverse: With the help of bulky glasses that seal off all contact with the environment, we are supposed to move with the use of our avatars in a virtual office, shopping and entertainment world in which we buy virtual clothes with virtual currency, populate virtual workplaces and visit virtual concerts and cinemas. And the operator of this virtual world who expects the most profit from this move from the smartphone- and PC-based internet to the Metaverse is — you guessed it — Facebook, pardon me: Meta. The Metaverse thus becomes the fuel for the VR glasses Oculus, which Meta incorporated into his empire a long time ago.

Google trends show that Zuckerberg’s Metaverse declaration served as a booster for Facebook’s VR glasses Oculus.Others see AR, augmented reality, as the key to the Metaverse. Mirrored into eyeglasses, we can get news and navigation tips, read news flashes, and get information about mountains, animals, and plants on hikes or historical buildings on city vacations without ever glancing at our smartphones. Integrated cameras let friends at home share our views in real-time without getting on a plane.

Still, others need neither VR glasses nor AR tools to set up the Metaverse: Game manufacturers such as Fortnite or World of Warcraft have long been creating immersive worlds that play out mostly on large screens. In these virtual worlds, the person sitting in front of the display lives and reacts to its challenges as an avatar. In World of Warcraft, players can buy and sell. In Fortnite, there are not only individual encounters or trade-in virtual (and physical) goods but also concerts or exhibitions.

Seen in this way, the Metaverse already has a long history, measured by internet time. At the turn of the millennium, the developer of the simulation game SimCity brought his gaming universe to life with The Sims. While SimCity only built physical infrastructure, Sims is about creating social structures in which players participate with an avatar. In 2003 Second Life took this idea to another level: In the world of Second Life, there are “real” living spaces – universities, conferences, concerts, individual encounters, shopping, and real estate. Both games, small metaverses in themselves, still exist today.

The basic concept of the Sims or Second Life has inspired other applications: for example, the virtual showroom from AT&S. Born out of the pandemic, in which trade fairs, physical conferences, and, for long periods, personal encounters became impossible due to lockdowns, the high-tech group’s virtual showroom enables virtual meetings between AT&S representatives and customers, analysts, journalists, and other interested visitors. The Tech Days Asia conference took place in the virtual AT&S showroom most recently. More than a hundred participants had the opportunity to learn about the latest developments from the leading PCB manufacturer.

These things are a long-established part of “cyberspace” — a similarly vague and essentially synonymous term to “metaverse.” New technical worlds usually do not arise in a big bang but as piecemeal work. Network islands existed long before the Internet, the network of networks. It was not until 1989 that the standards developed that got the “World Wide Web” – actually just a part of the Internet, albeit the most well-known – up and running. Bluetooth arose in the 1990s as a replacement for serial wired connections and infrared, which could only transmit in one direction. It took over a decade before Bluetooth became essential for most devices. QR codes, invented in 1994 by the Japanese auto industry to manage car parts, had a similar fate. After a brief hype around the millennium, QR codes were passé before digital boarding passes, “green passes,” and QR codes for menus firmly anchored them in everyday life.

Missing in action: a unifying platform

The developments for the Metaverse are currently piecemeal and are being pushed forward by individual corporations with different ideas. What’s missing is a unifying platform. Different technologies contribute to the further development of the online world: Facebook bets heavily on virtual reality, and Fortnite is working on enabling hundreds and thousands of people to take part in events interactively at the same time. Google Glass, which disappeared from the market after a test run, shows that Google has more than one eye on augmented reality. AR is also a key development topic for Apple. Rumors have it that the tech behemoth will soon launch AR glasses. Cryptocurrencies and NFTs (Non-Fungible Tokens) for the monetization of digital goods are a primary interest in many developments – after all, the Metaverse must also be worthwhile for its operators.

For the time being, the Metaverse will remain a marketing super word, just like the catchphrase Web 2.0 more than a decade ago. Much is old wine in new bottles to attract fresh money. However, this produces new technology that takes years, sometimes decades, to mature like previous developments. One day we might live in the real Metaverse. Only to be already on the way to the next galaxy.