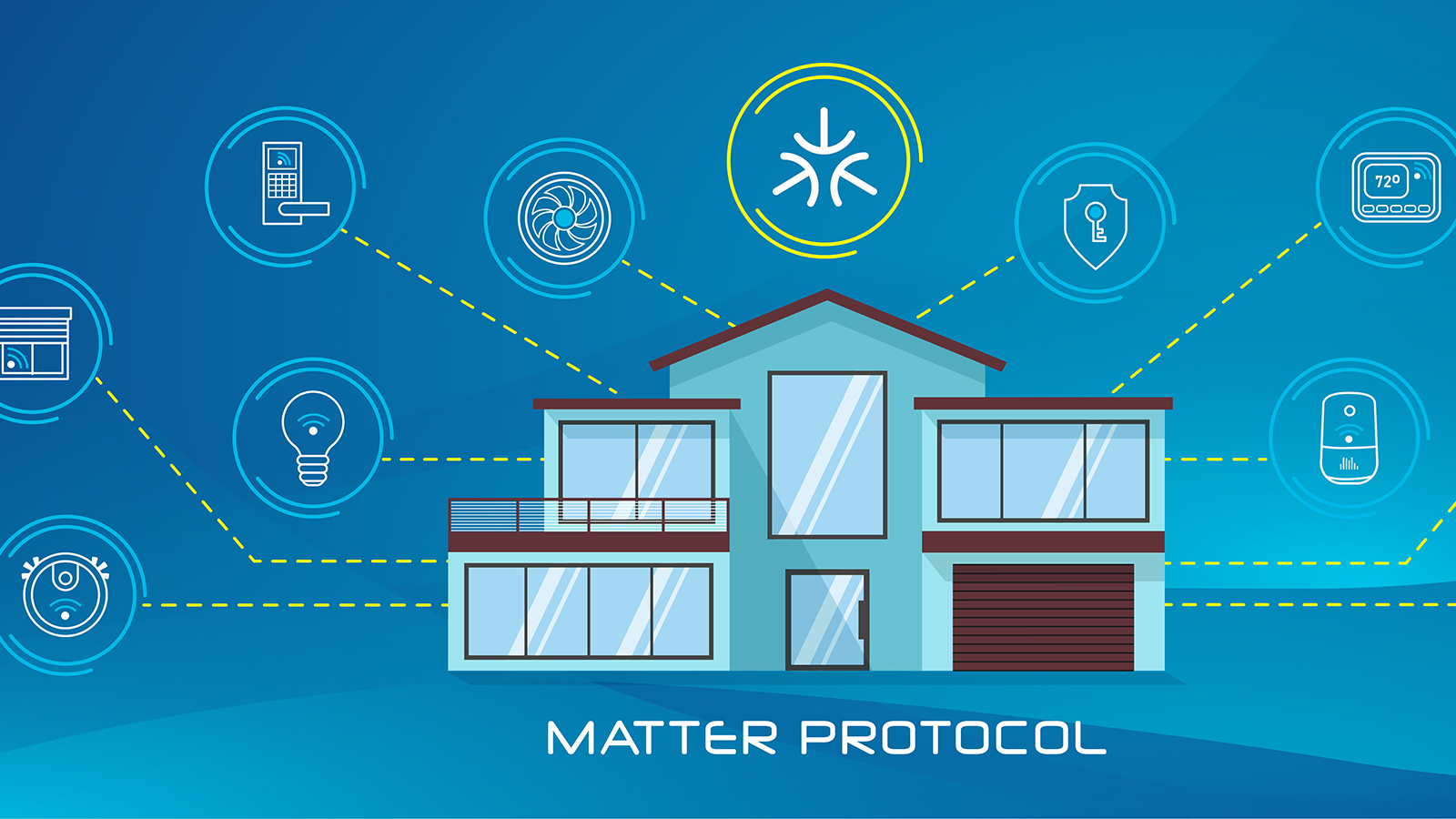 The adaptation of Smart Home technology has faced two major hurdles: the (in)comprehensibility of the technology and the confusion of different systems. The latter may be over as Apple, Amazon, and Google joined the 220-manufacturer “Matter” standard. Siri, Alexa, and Hey, Google! will learn the new language by the end of the year.

“Alexa, turn on the light!” “Ok, Google, turn on the heat.” “Hey Siri, play my chill-out playlist.” Smart home pioneers have to speak many languages: the tech giants who want to dominate the smart home market have been fighting an intense battle for “home, sweet home” for several years. So our intelligent assistants may be responsible for different tasks at home: Google controls the Nest thermostat, Alexa the smart living room lamps, and Apple makes the music.

Our apartments and houses have been supposed to be “smart” for years, i.e., controllable by voice, gestures, and apps. In reality, the smart home revolution is not nearly as successful as many manufacturers would like us to believe. Apart from the difficulties many people face in using their “intelligent” home controls, there is no uniform operating system for the countless gadgets on the market.

Three major platforms have established themselves in this market, promising convenience through their household control: Apple, Amazon, and Google. In addition to their products, these platforms are the command centers for thousands of offerings ranging from lighting, thermostats, consumer electronics, window blinds, and kitchen appliances. With every new gadget, consumers had to make sure that it would work with their particular system. And if you got tired of Alexa’s comments and switched to Google, you might find yourself in the dark trying to turn on the living room light at night.

That should soon be a thing of the past: Apple, Amazon, and Google will support the “Matter” smart home standard in the future, which 220 manufacturers have already joined. “We all get that this industry isn’t going to grow unless we fix the root problem that affects us all,” Michele Turner, senior director of Google’s smart home ecosystem, offers a self-critical observation in The Wall Street Journal. Siri, Alexa, and Google should talk polyglot with all devices of the Matter standard this year.

In the future, a cloud service will no longer be necessary for the essential functions of the controller. While Alexa and Google each regularly contact their cloud, sometimes not working at all without the cloud, Apple’s HomeKit relies on getting by with as little cloud as possible. Matter also adopted this fundamental principle, preventing constant monitoring of smart homes via the cloud.