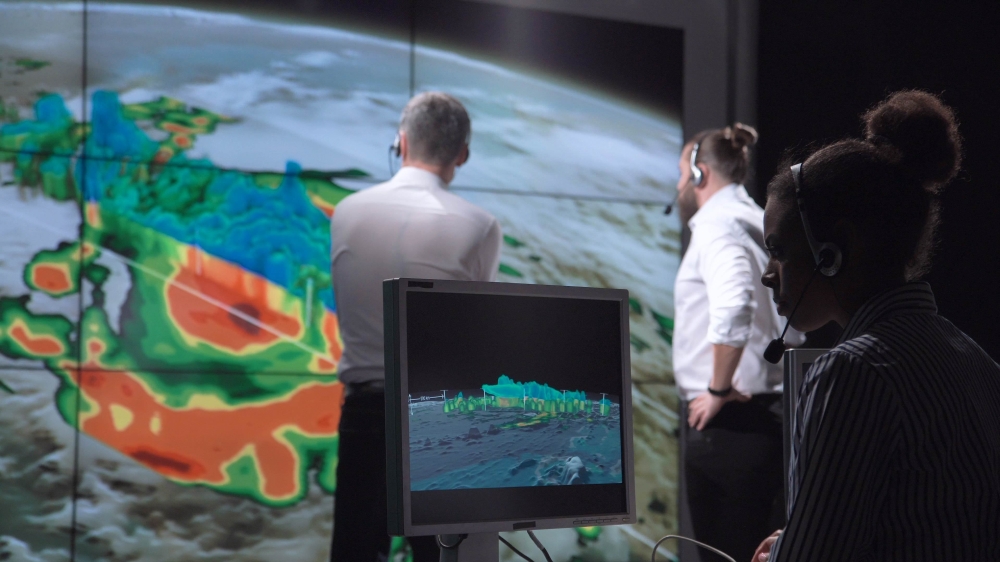 Will there be a white Christmas this year? Or will the foehn make the snow melt again just before the holidays? Every year, meteorologists and experts deal with this question, using high-performance computer systems to calculate their models. To understand where the journey will take us – not only in terms of a white Christmas but also when it comes to the global climate – scientists rely on highly complex simulations. The interacting parameters which have to be considered in these simulations range from water temperature and the CO2 content of the atmosphere to cloud formation. That is why enormous processing power is required to create such models. The faster the computer, the more accurate are the forecasts that can be made based on a simulation.

When researchers make estimates regarding the temperature increase expected by 2100, they usually project between 1.5 and 4.5 degrees Celsius. Apart from a lack of exact data, this wide range is primarily due to limited available processing power. Since even the best supercomputers cannot cope with a high-resolution climate simulation for the entire globe, researchers either have to limit their models geographically or reduce resolution. Common global climate simulations work with a mesh consisting of cells with a diameter of 12 to 50 kilometers.

Higher-resolution climate models can be calculated for geographically defined regions. Researchers of ETH Zurich have created a simulation with a resolution of 2.2 kilometers for Europe and the Atlantic Ocean. This was possible because the scientists were able to use computing time on one of the world’s fastest supercomputers.

Graphics processors are the key

The “Piz Daint” high-performance computer in Switzerland ranks tenth in the most recent top-500 list of the world’s fastest computers from June 2020. The supercomputer made by the manufacturer Cray relies on thousands of computing and graphics cores from Intel and Nvidia. The graphics chips, which can also be found in a similar form in normal graphics cards in PCs, allow performing certain calculations needed for the climate models faster, more efficiently and therefore also more cost-effectively.

Piz Daint’s modern architecture and high processing power enabled researchers to create a climate model of unparalleled resolution for Europe. This progress also allows improving forecasts. The simulations carried out by the Swiss researchers demonstrated that the intensity of short-term rain will increase by seven percent with each degree of warming.

Such an increase in precipitation in the European summer would soon push the current water infrastructure on the old continent to its limit, even with moderate warming. High-resolution simulations allow estimating such changes and adjusting the infrastructure accordingly. If more frequent and more intensive rainfalls occur in the future, European governments will have to revise their action plans for floods to mitigate the implications for the population.

However, truly robust climate models always have to cover the entire globe because of the wide variety of interactions. Given the current state of the art, that is by far not possible yet. Key factors such as the development of cloud cover can, however, not be considered sufficiently at low resolution. So processing power will remain a bottleneck in modeling the climate for the time being. With its IC substrates, AT&S contributes to the development of new supercomputers by connecting the computing and graphics cores with the remaining system components.