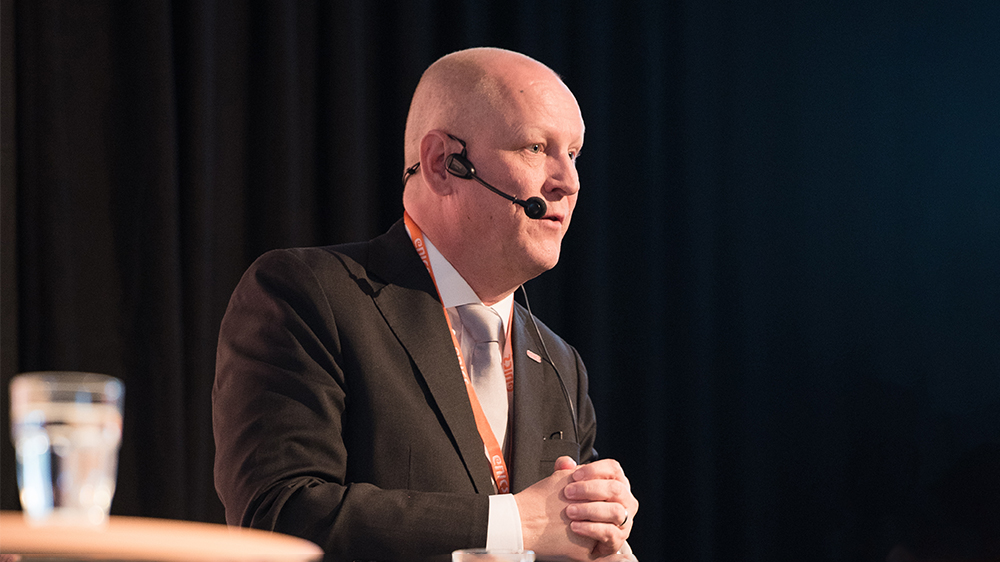 Petri Helin likes to have the overview first and then work his way through the details. He is even happier when he has someone to keep an eye on the details for him. He has now been with us for a good year, has gotten used to the formal Austrian “Mister Helin” and even knows about details like the particularity of his email address at AT&S. He has also clarified most of the uncertainties, such as what his first and last names are. At least for the most part.

Petri looks back on an unusually eventful life with typical Finnish calm. A wide variety of companies coming from countries like Sweden, the U.S., Malaysia, Hong Kong and others, have already benefited from his commitment and expertise, including Nokia. There, Petri once had to decide against AT&S as a supplier, and later Nokia’s market leadership in the cell phone sector was lost. A coincidence? Who knows.

Petri was with a Swiss company in Hong Kong for almost 15 years, and had just realized that a change would suit him once more, when headhunters knocked on his door a little over a year ago and invited him to join AT&S.

Now,  he gets to design the entire supply chain, the procurement market, and cross-plant logistics processes all the way to our customers in an end-to-end and integrated way, and lay the foundations for systematic digitization. Explaining this in a short, crisp and easily digestible way is tough. Anyone who has already understood what this is all about, is welcome to contact Petri, who is still looking expand his team with a few bright minds. “Hire for the talent, train for the skills,” says Petri, who had to explain his ideas for more than an hour to the management team, before they understood exactly what he was doing. In any case, he does not order anything himself; the people from Global Procurement do that for him.

“End-to-end supply chains are a complex issue. My start at AT&S coincided with the first Corona year, which shook up all the priorities in supply chain management worldwide. That was … well, interesting.”

You can tell Petri is far from worried. Viruses are no more reason for an elevated pulse than the 90 centimeters of fresh snow outside his home in Finland. The fact that he is now back home makes him happy; it was his wish. In the past, he and his wife simply grabbed their three children and moved to the next destination. Born somewhere between Singapore and Hong Kong, the children have – surprisingly – inherited Petri’s wanderlust.

“Since they’ve grown up, it’s no longer as easy to keep track of who is where at the moment. Though, now that British universities have also switched to distance learning, everyone is actually gathered in Finland at the moment.”

This is something that Petri sometimes misses. Family has always been very important to him; he was used to living with his children and suddenly everyone is 8.000 kilometers away. It was their choice, and if Petri valued anything in his children’s upbringing, it was supporting them. Not by making decisions for them, but by teaching them to make their own decisions.

Petri is currently making many important and hopefully good decisions for AT&S. In his free time, he prefers planting trees; be it apple trees, plums or birches. In 2019, he managed to plant 100 of them at his house on the lake. Where he also fishes, walks his dog or reads books – when he’s not busy skiing.