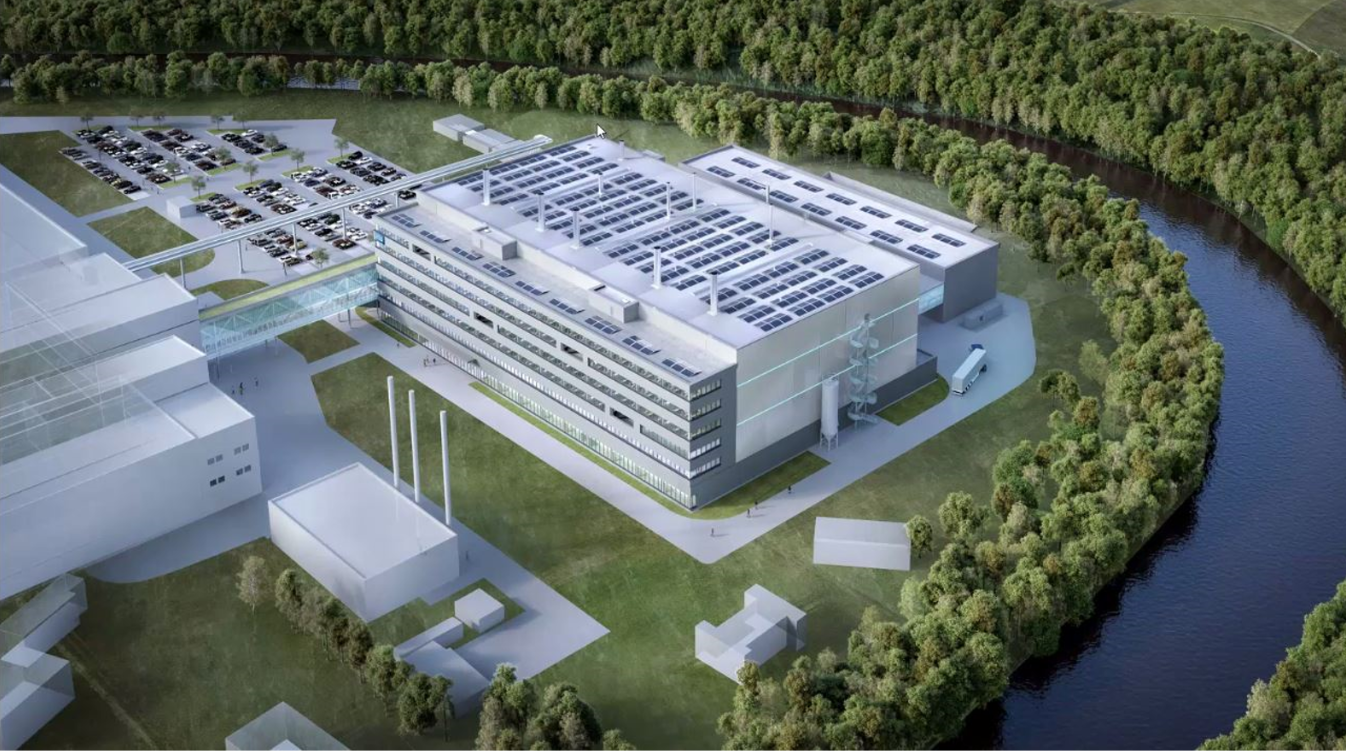 Leoben, March 03, 2022 – Construction has started on the new AT&S research center in Leoben. By 2025, the company invests a total of € 500 million at the headquarters of the Austrian high-tech company to construct a new building with more than 10,000 square meters for research and production. The Chairman of the Supervisory Board of AT&S AG, Dr Hannes Androsch, AT&S CEO Andreas Gerstenmayer, Margarete Schramböck, the Federal Minister for Digitization and Business Location of the Republic of Austria, the Styrian Deputy Governor Anton Lang, and many other personalities from politics, business and science participated in the ground-breaking ceremony. At the event, the new building could already be explored virtually.

AT&S has achieved a globally leading position in the microelectronics industry in recent years. The company’s name stands for a strong focus on research and development, particularly in the technologically demanding packaging of semiconductors into finished microchips. The Austrian flagship company is a leader in the manufacturing of substrates – these are highly miniaturized printed circuit boards that are essential interfaces for microchips in mobile phones, laptops, or servers. AT&S decided to build a global innovation center for substrates at the Leoben-Hinterberg site to benefit from the continuing boom in the semiconductor industry and remain a leader in substrate production. “AT&S is deeply rooted in Leoben. This is where the success story began, from a small Styrian company to a global technology leader in high-tech printed circuit boards and substrates. In just over a quarter of a century, we have been able to increase the number of employees in the Group from 939 in 1994 to more than 13,000 today,” says AT&S Supervisory Board Chairman Hannes Androsch.

In the future, not only customers from the high-end semiconductor sector will be supplied with substrates from Leoben, but also international research institutions. “We are the only manufacturer of substrates producing in Europe. AT&S shows here what is possible for European companies in the semiconductor industry. The new systems on the highest technological level allow us to provide our customers with even more innovative solutions for future generations of their products,” says AT&S CEO Andreas Gerstenmayer. “With this unique investment we are creating a large number of attractive jobs and I invite all motivated specialists and experts to embark with us on one of the most exciting journeys currently available in Europe.” With the investments in Styria, AT&S is making an important contribution to the implementation of the European Union’s strategy for the promotion of the European semiconductor industry, which was recently formulated by the EU Commission in the European Chips Act. The goal is to create a competitive ecosystem on the continent, from semiconductor manufacturing to packaging. This is of enormous importance for the future because semiconductors are the basis of most high-tech industries.

The expansion of the Leoben site will create 700 new jobs. AT&S is thus clearly committed to Austria as a location. “We want to offer Austrians economic security for future generations. The AT&S investments are an important step in this direction, jobs with long-term prospects are being created here. The federal government has succeeded in providing financial support for the expansion and thus investing in one of the most important industries of the future,” says Economics Minister Margarete Schramböck.

The new research center is particularly important for Styria, which already plays a leading role among Austria’s federal states in the field of microelectronics. “With a research quota of around 5 per cent, Styria is one of the leading research regions in Austria and Europe and an important microelectronics center. The further expansion of AT&S in Leoben is important for the location and can become a showcase project for Europe. The preservation and creation of jobs in the Styrian regions are of enormous importance for our state and a major concern for me,” says the Styrian Deputy Governor. Anton Lang.