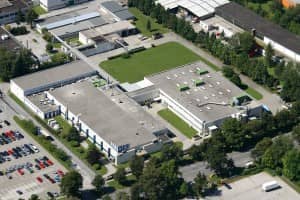 In light of the continued decline in the market for the technology used in single-sided printed circuit boards and a lack of options for utilising available capacity, AT & S Austria Technologie & Systemtechnik Aktiengesellschaft has taken the decision to close its production facility in Klagenfurt at the end of 2013.

“Despite pursuing all of the options open to us, we were unable to bring capacity utilisation to an economically viable level in Klagenfurt. As a result it will not be possible to significantly improve the long-term earnings situation at the plant. We examined each of the alternatives available to us exhaustively, but were eventually forced to concede that none would have delivered the necessary improvements. We now believe that we have no other option but to close the plant at the end of 2013. We have held talks with representatives of the provincial government, the Public Employment Service (AMS) and the Chamber of Labour (AK) with the full support of the works’ council and are working on a social plan in an effort to reach a suitable solution for our employees,” explained AT&S CEO Andreas Gerstenmayer.

AT & S Austria Technologie & Systemtechnik Aktiengesellschaft (AT&S) is European market leader and one of the world’s leading producers of high-end printed circuit boards. AT&S is especially well positioned worldwide in the highest tech market segment for HDI microvia printed circuit boards, which are chiefly used in mobile devices. The Group is also highly successful in the automotive printed circuit board market, and in the industrial and medical technology sectors. In 2013 AT&S took the latest step in implementing its high-tech strategy by entering the IC substrate business as part of a joint venture with a leading global semiconductor manufacturer. As an international growth enterprise AT&S has a global presence, with three production facilities in Austria (Leoben, Fehring, Klagenfurt) and one each in India (Nanjangud), China (Shanghai) and Korea (Ansan, near Seoul). It currently employs some 7,300 people. For more information visit www.ats.net.