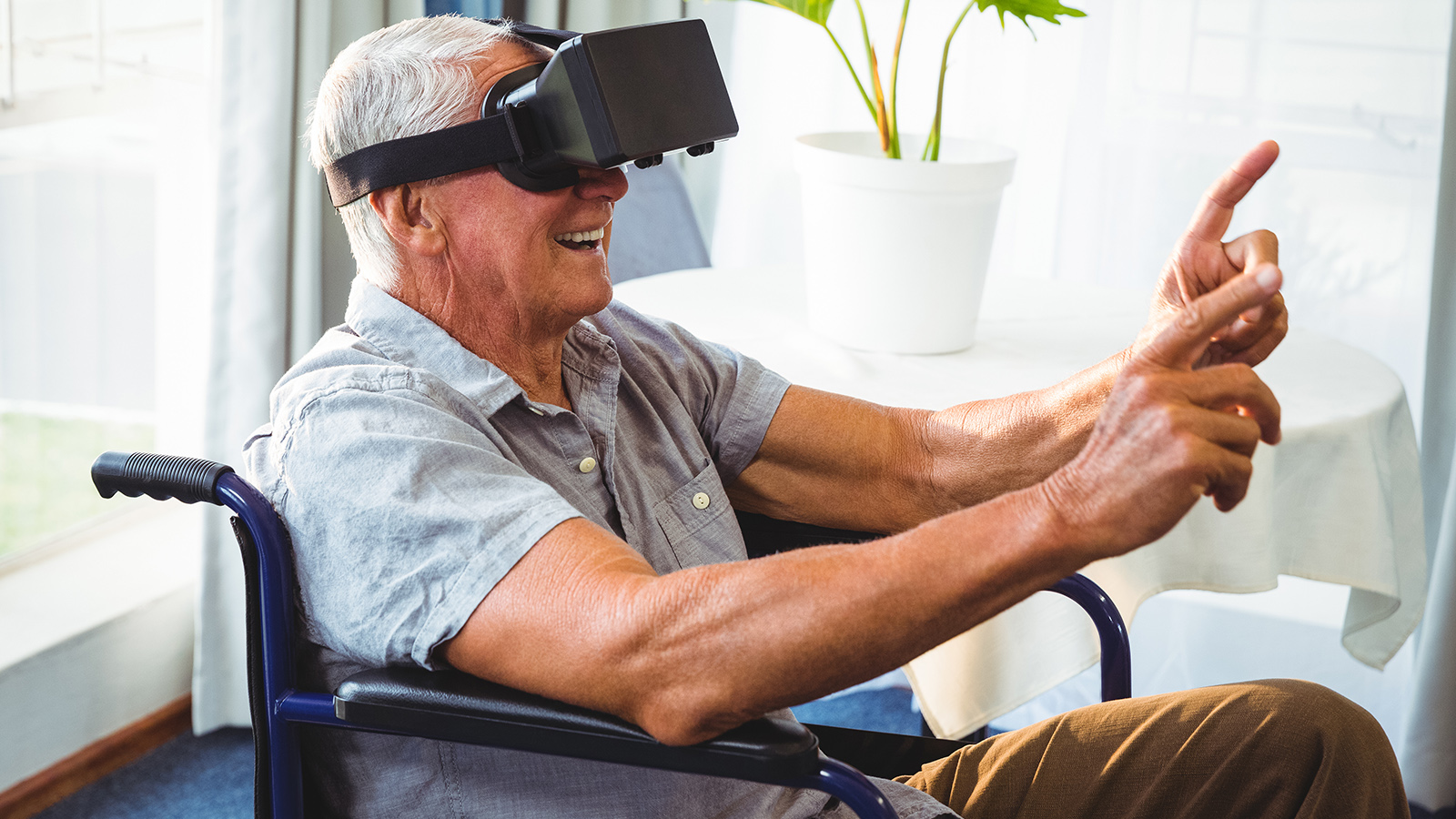 Virtual reality glasses are primarily associated with gaming and a younger crowd. Unexpected support for VR and the “Metaverse” is now coming from the other end of the age spectrum. With “VR reminiscence therapy,” the memories of seniors with dementia are supported, and thus loneliness and depression are reduced.

When memories are lost, mental activity in the present and people’s involvement in the world around them also decreases. The loss of personal remembrance accelerates degradation processes in people with dementia. One form of fighting against this has been active biographical work for some time. Memories are brought back to life with the help of family photo albums, old newspapers, and memorabilia. In the United States, the term reminiscence therapy was coined for this form of combating dementia. This established practice now receives digital support through VR glasses.

Several companies are now offering VR reminiscence therapy for seniors and senior living homes. The VR startups Rendever or MyndVR currently support hundreds of institutions in the USA, Canada, and Australia. Combined with a library of appropriate content, they also offer their VR glasses for individual use by relatives. Diverse, three-dimensional reality reawakens memory in individual sessions. Walks through the places of childhood or with films from family life allow you to fully immerse yourself and connect the virtual world with the world of your memories.

The library of VR travel ranges from urban neighborhoods and popular destinations to concert halls and nightclubs. New activities can also be learned using the VR glasses, such as folding paper airplanes. The initiative of relatives of people with dementia reaches far beyond VR libraries. Some film family gatherings, such as weddings, in 3D so distant family members can attend. With 3D cameras, younger generations can take grandma and grandpa with them on their real journeys using VR glasses. Others put together environments from Google Street View or their old video recordings, to which seniors have biographical references.

What all applications have in common is that numerous studies and reports from retirement homes confirm the effectiveness of VR reminiscence therapy. Depression and isolation and the associated use of medication would decrease. Studies see additional benefits in more joie de vivre, participation in environmental events, and improved cognitive performance through the stimulation of VR programs. However, reversing the cognitive decline does not seem possible.

There are also pilot projects with VR against dementia in Austria. A research project by the startup Netural, together with Caritas, Volkshilfe, and FH Oberösterreich, is investigating the use of virtual reality in dementia diseases in the “VR4Therapy” project. Project manager Robert Hartmann describes the project as VR would open up new possibilities for cultivating memories thanks to its immersive character. To build a photographic library, old images and sound recordings of the former steel city are collected with the help of the people of Linz. The project not only creates VR libraries but also clarifies the hardware suitable for seniors.

VR4 Mind&Motion, another pilot project of the Upper Austrian medical technology cluster with the project partner LIFEtool, aims not only at memory work but also at promoting mobility by having people on the ergometer go for walks in virtual forest, beach, and meadow landscapes. The VR glasses are designed to make physical activity more fun, in addition to memory work.