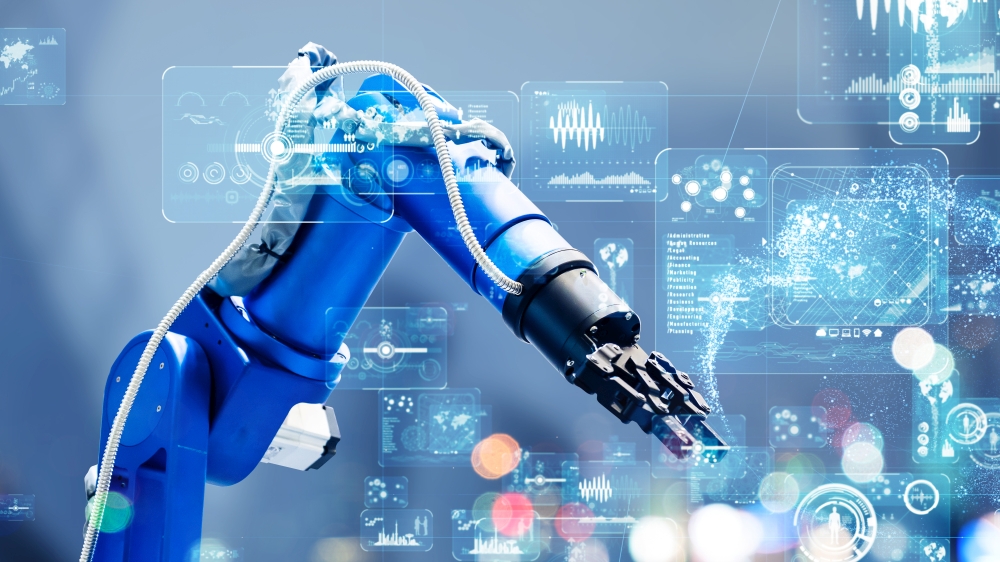 Henry Ford revolutionized the way cars were made at the beginning of the last century by introducing assembly line production in his factories. With this step he changed the world: The automobile became an affordable mass product that fundamentally changed our conception of mobility and distance. The first industrial robot was developed half a century later, weighed about a ton and already had the shape of a metal arm with several joints that guarantee freedom of movement around three axes, which is still common today. The robots have made the production of cars, metal parts and machines even easier, but so far they have not had the same impact as the introduction of the assembly line.

This is mainly due to the fact that the technology is not yet mature. Most industrial robots are still expensive, bulky and difficult to program. That should change in the coming years. With advances in machine learning and the increasing ability of computers to perceive their surroundings, future generations of industrial robots will open up entirely new possibilities. These intelligent machines can not only process certain parts if they are in exactly the right position in front of them. They are able to see workpieces and independently learn how certain individual operations can best be carried out.

Industrial robots can already take on a multitude of different tasks today, from welding to assembling parts to quality control; routine work that always requires the same tasks under unchanged conditions is no longer a problem. Industrial robots of the future will, however, be far more diverse and enable completely new products at low prices in the fields of electronics, industry and medical technology. The electronics industry is already one of the main drivers of demand alongside the automotive industry and the production of metal and plastic parts. Around 250,000 industrial robots were delivered in 2015, and according to estimates there will be 434,000 in 2025. The value of robots sold annually is expected to rise from $ 11 billion to nearly $ 34 billion over the same period.

One of the main advantages of intelligent industrial robots is that they can cooperate with people. Traditional metal arms that follow a rigid programming are extremely dangerous for people and are therefore operated in separate areas. In the past, there have been accidents in which people have been seriously injured. The industrial robots of the future, on the other hand, will not only be able to visually perceive and analyze their surroundings, but will also be much more sensitive thanks to a whole range of sensors. As a result, people and machines will be able to work together in the same place. The combination of the respective capabilities opens up completely new possibilities for the production lines of the future. Some companies are already taking the first steps in this direction.

The software development and the programming of industrial robots for certain tasks are significant cost factors. Machines that can learn independently and react flexibly will be significantly cheaper and enable automation in areas where this seems unthinkable today for economic reasons. Flexibility is also an interesting concept in the area of ​​hardware. In the future, soft, ultra-agile robots could master tasks that present their rigid relatives with insoluble problems. Soft robots are still a dream of the future, but they show that the potential of the technology is practically limitless.