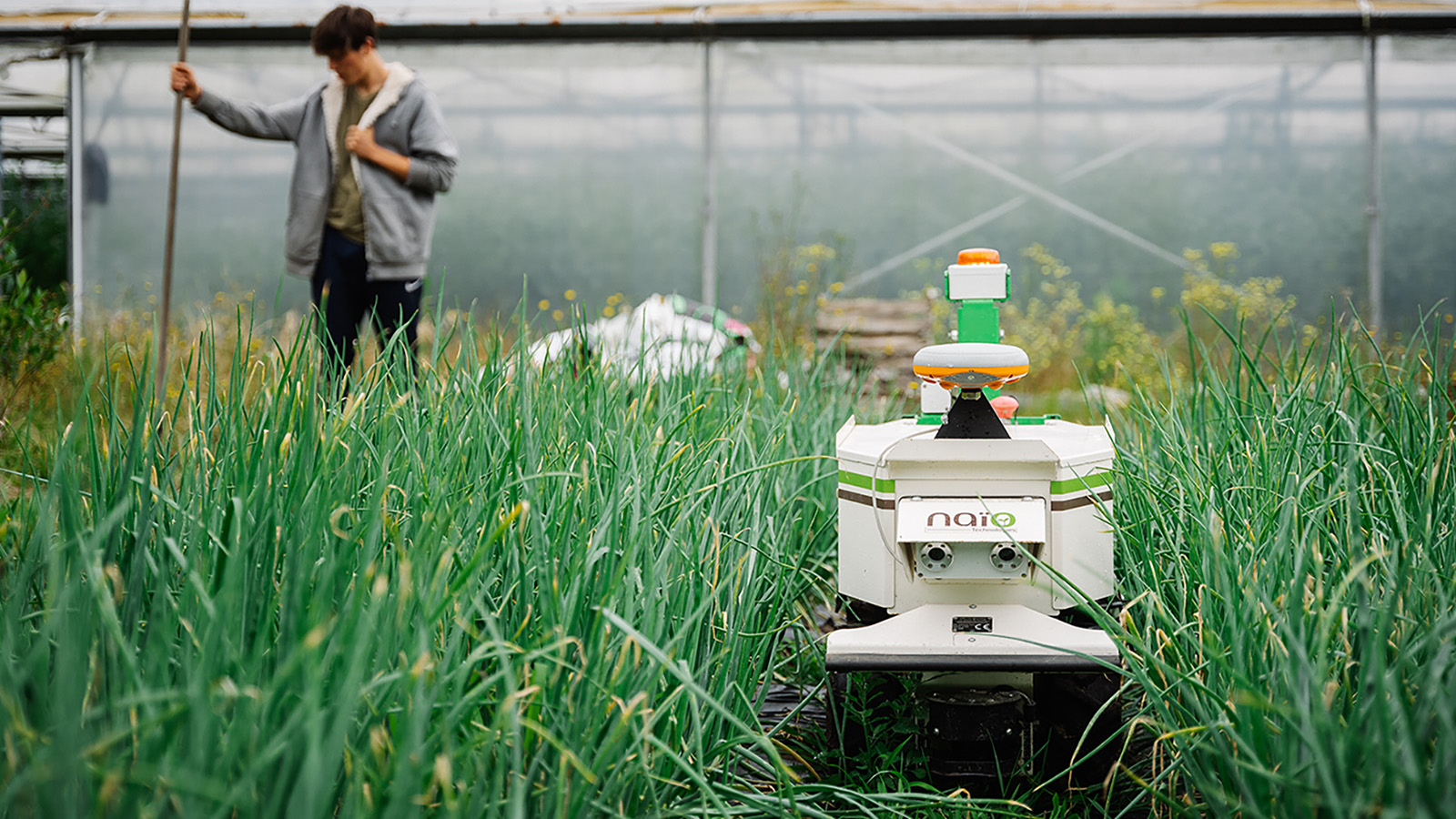 While we have to wait even longer for autonomous e-cars, agriculture is already heading towards the autonomous future. Sensor-loaded precision robots, powered by artificial intelligence, grow crops, pull weeds, control pests with minimal use of pesticides, and provide data to optimize agriculture.

Population growth is putting pressure on farmers worldwide to increase their yields. The rising costs for the key factors labor, herbicides, and pesticides stand in the way. Farms are therefore increasingly relying on the combined forces of robotics and artificial intelligence to develop precision agricultural technologies. Field robots can minimize costs as well as the environmental impact of agriculture.

Ironically, in the American Midwest, where giant machines cultivate colossal corn and soybean fields, the researcher Girish Chowdhary is working on an alternative future with his startup Earthsense. In the future, swarms of robots the size of beagles will weed through the fields in the shade of many different plants. The field robots will pull weeds, plant cover crops, detect pest infestations and provide their farmers with data to optimize cultivation.

Instead of leading to ever more giant and more vulnerable monocultures, the complex technology should help smaller farms with greater diversity, and less use of fertilizers and pesticides to operate profitably in harmony with nature, says Chowdhary in an article for the online magazine Undark. Robots can revert to earlier, more sustainable farming methods by pulling weeds instead of spraying them down. “Precision farming” enables agricultural practices that are otherwise only possible with a great deal of human effort and the associated costs.

Agriculture has long been a high-tech field. Even now, many agricultural machines are used with minimal human control. The manufacturer John Deere wants to launch its first fully autonomous tractors this year. However, these expensive machines are limited to crops such as corn and wheat, where the returns justify the significant investment. Lower-yielding horticultural crops – fruit and vegetables – still require a relatively high level of human labor. What is an effortless task for humans, like finding and picking a ripe apple on a tree, is an almost impossible feat for robots.

Because it’s easier to teach a fruit tree to grow differently than to train a robot, using robots often requires a change in cultivation, explains George Kantor, a research professor at the Carnegie Mellon Robotics Institute. Fruit trees, for example, would be shaped to form a “fruit wall” from which apples hang, which robots can then easily pick.

Thanks to its smaller-scale farms than in the USA, Europe has reasonable prospects of leading this development. The French startup Naio Technologies recently won the German innovation prize for its field robot Oz (pictured). With Oz, farmers can cover many jobs: tillage, sowing, furrowing, planting, hoeing, weeding, harrowing, ridging, or transporting. For the supply of electricity, Naio is developing solar charging stations in cooperation with the battery manufacturer Varta, to which the robot returns independently.

Since this spring, two other larger robots from Naio Technologies have been certified for autonomous use in the EU under the European Machine Directive. Dino, dedicated to pulling weeds in large vegetable fields, and Ted, dedicated to the wine-growing sector, can work entirely autonomously without human supervision.

The market researcher MarketsandMarkets predicts significant potential growth for agricultural robots of all kinds. Sales in this area are currently estimated at 4.9 billion US dollars worldwide. By 2026, the business with agricultural robots is expected to grow to around 12 billion US dollars. Drones and milking robots still dominate this market, says MarketsandMarkets. However, field robots a la Oz, Dino, and Ted should make up the majority of farm helpers in the future.