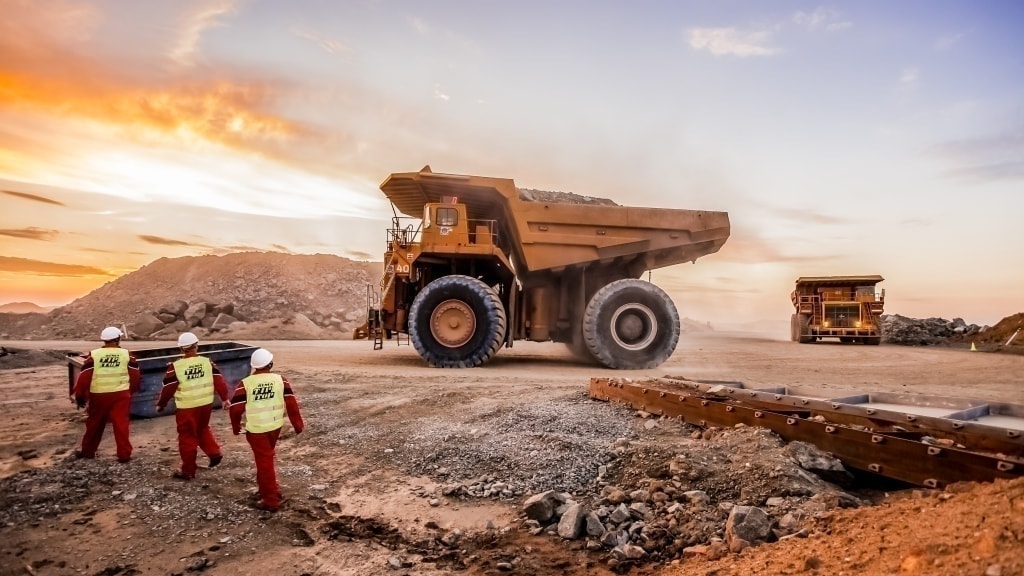 Autonomous mega trucks for mining of the future

Electronic components for autonomous mining vehicles have to meet the highest demands in terms of robustness and reliability. This is the only way they can survive in the challenging environment of a mine.

Driverless vehicles require complex technology capable of sensing their environment and making fast decisions. That alone is a big challenge for manufacturers. For haul trucks utilized in mining operations, the technology used also has to be extremely robust in order to cope with harsh environments such as dust, moisture and challenging road conditions. In a research project, AT&S is working on developing appropriate connections between the high-performance computer chips and the printed circuit boards for such vehicles. The results will also be applied to autonomous cars in normal road traffic in the future.

The machines used in modern open-pit mining are impressive because of their sheer size. The tires of the largest mega trucks used in mining today are often the size of a normal truck as we know it from road traffic. What is less obvious is the technology hidden inside these monster trucks. But also in this area, mining machines are moving into new dimension. Because unlike normal road traffic, self-driving trucks are used routinely in mining. As early as 2018, the haul trucks of the Rio Tinto mining group reached the milestone of one billion tons of transported material.

This is possible primarily because the traffic situation in a mine is less complex than in a city, for example. But that doesn’t mean that the necessary technology is less complex. To be able to operate autonomously, mega trucks also need to have highly efficient systems, and above all computer chips providing the artificial intelligence (AI) a self-driving truck needs to analyze its surroundings. These modern high-performance chips have to be connected to printed circuit boards to realize their full potential.

As part of the research project CHARM (Challenging Environments Tolerant Smart Systems for IoT and AI), AT&S works with partners to develop such connections. Not only do they have to meet the requirements of future AI systems, but they also have to be sufficiently resilient to cope with the harsh conditions of an open-pit mine in the long term. “Together with companies and research institutions from ten different countries, we are working on the development of powerful computer modules which could be used in fully autonomous mining vehicles in the future. AT&S’s contribution is the development of a robust and resilient interconnect concept for a high-performance computer chip,” says Hannes Stahr, Group Technology Manager at AT&S.

During the first development phase, the novel substrate – that’s what the connection between a modern chip and a printed circuit board is called – is equipped with a measurement chip. This chip enables to accurately analyze the behavior and the robustness of the system and to improve it if necessary. Once the desired parameters have been achieved, the measurement chip is replaced by a real high-performance chip for fine-tuning.

From the mine to the road

The substrates developed for mega trucks are not limited to usage in mining. “Of course we can also apply the learnings from this project to areas of autonomous driving for cars and normal trucks,” says Stahr. After all, the requirements for chips and substrates are very similar in road traffic. Even if self-driving cars are usually not exposed to explosion shock waves and dust storms on roads, it won’t hurt to have the most robust system there as well.

AT&S is already collaborating with automotive suppliers, securing a good starting position for the upcoming autonomization of road traffic. The CHARM project is scheduled to run for three years and was initiated by the European Union. The total budget amounts to 29 million euros.