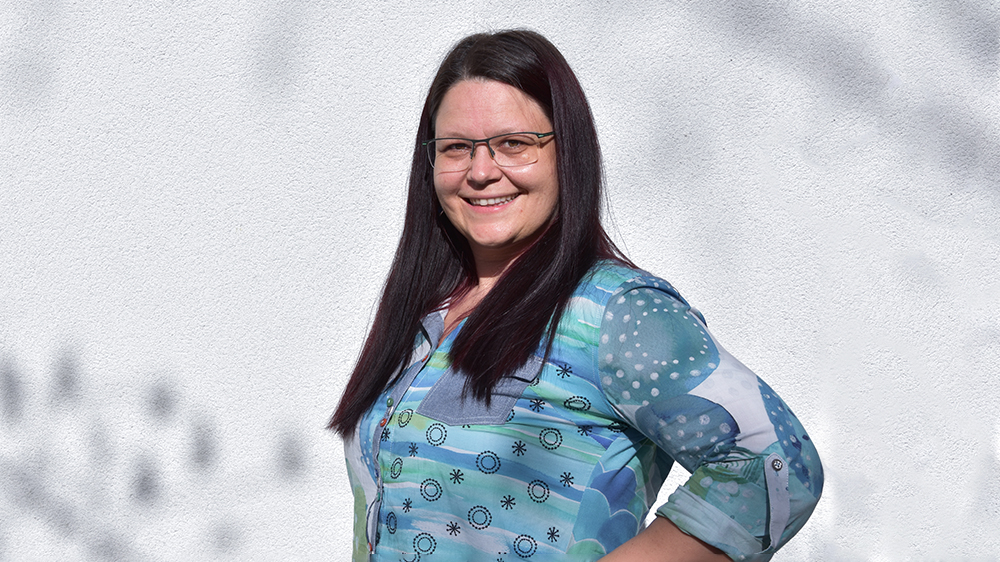 Anke Steinberger – The woman who wants to do more

With her quick wit and sharp sense of humor, it is clear that Anke Steinberger can stand her ground whatever odds she may face. And Anke has often take the path less travelled, defying expectations every step of the way.

After finishing school at 19, Anke decided that instead of going to university, she would try her hand at an apprenticeship. Her wishes, however, where slightly willful. “Either into a laboratory or floristry,” she says. After sending over 60 applications throughout the whole of Austria, Anke begun to despair – even the former AT&S plant in Fohnsdorf initially rejected her application. Would she would have to go to university after all?

One day, Anke received a call. It was AT&S Leoben. There was a spot available in the physics laboratory, if she wanted it. That was in September 2002, “and I have been with the company ever since”. That was only the beginning of her story. After finishing her apprenticeship with a distinction, she spent three weeks in Denmark to do an internship abroad. “It broadened my horizons, not just because I now understood the importance of what I was doing, but also by introducing me to Danish culture.” When she returned, she decided it was time to change paths.

“I am the type of person who always wants to do more.“

So in 2005, Anke decided to try her luck in a Chemistry laboratory assistant apprenticeship at AT&S. After having completed two apprenticeships with distinctions, Anke once again found herself standing at a crossroads. What now? “I am the type of person who always wants to do more.” Soon, she was working in what is now known as the Reliability Laboratory and became a Reliability Specialist. Later, she mentored young apprentices, a job that fulfilled her heart but not her mind. It was time for another horizontal career jump and so she joined the Research Department – where she still works today.

Of course, Anke Steinberger would not be herself had she “just” remained put the entire time. From 2012 – 2015, she ended up at university after all and completed her Bachelor’s Degree in Innovational Management at the Campus 02 in Graz, in addition to her projects at AT&S.

One of these projects is the “Innovation Cafe”. “It’s a kind of workshop set-up to solve problems by trying a different approach,” Anke explains. One particular session makes her smile to this day. “The production department had been trying to solve a problem for severa months. By the end of the day, we had about 100 new possible solutions.” This constellation in combination with Anke’s unique career development, allows people to consider problems from a new angle. “And if it was all for nothing, then at least there was coffee and cake.”

“The diverse approach allows us to be more efficient and productive – which very much mirrors AT&S for me. Whether you are young or old; male, female or other; PHD or trainee; Austrian, German or of any other nationality – what counts at AT&S is that you are willing to work hard, follow your goals and be the best version of yourself that you can be.“

“The AT&S culture is open, helpful and caring – almost like a family,” something Anke has learned to appreciate as the years go by.  “We care about people really is lived here.”

Anke’s message to all women in the business world is to never get beat down. “Don’t be scared to put your foot down. Be open, keep working on yourself, and own your mistakes. It always pays off.”

When Anke isn’t busy climbing the career ladder in her own roundabout way, she prefers hiking up mountains instead. Otherwise she loves to travel, relax at the spa or marvel at the wondrous architecture of Friedensreich Hundertwasser or Antoni Gaudi.

“For me, an equal world is one where diversity – across all borders, is normal.”