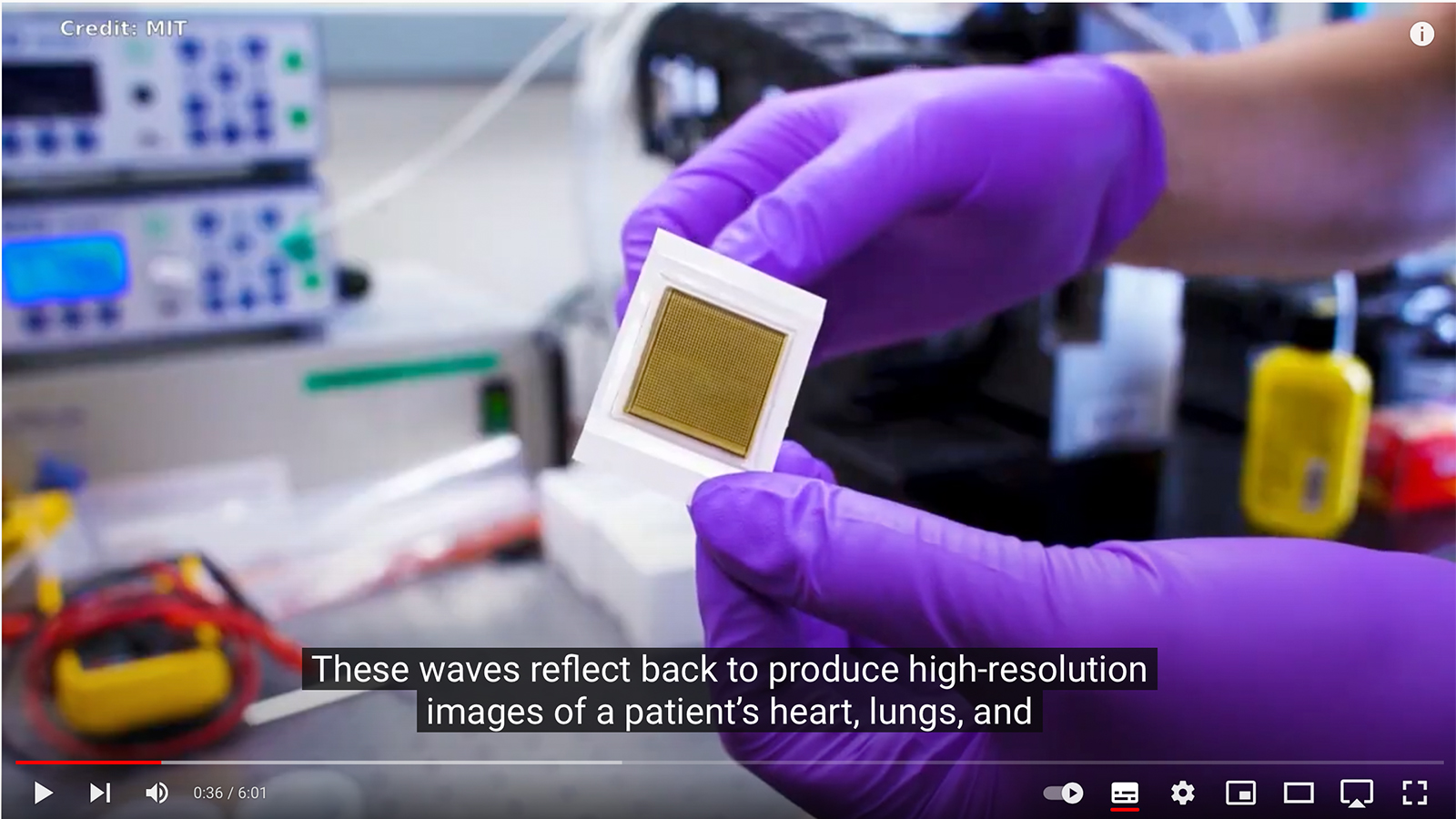 A postage stamp-sized patch provides ultrasound images from the body

Smart patches are revolutionizing medical diagnostic. A new development delivers ultrasound images via patches, replacing the snapshots from expensive and large devices with photos and recordings over extended periods.

Ultrasound has become an indispensable diagnostic tool in many medical fields. One disadvantage remains: examinations are usually tied to stationary equipment, medical practices, or clinics. This means that changes in organs over time can only be recognized by multiple examinations.

A revolution of this process through a smart patch the size of a postage stamp is in the making. In a paper in the journal Science, a research team from MIT (Massachusetts Institute of Technology) reports on developing an ultrasound patch that can be attached to the body for up to 48 hours. The patch allows providing running images of the examined organs.

The approximately 2.5×2.5 cm large, a few millimeters thin plaster consists of several layers with two main components. An ultrasound probe is attached to a special layer for coupling the device to the body. This jelly-like material transmits the probe’s acoustic waves into the body. The thin probe is rigid and not flexible and consists of transducers between two circuits. This setup translates the electrical impulses into mechanical vibrations, as the researchers describe in Science. The examined organ reflects these sound waves, and an imaging system uses them to generate the ultrasound pictures. Humans cannot feel these sound waves, the paper’s authors explain.

The probe is manufactured using 3D printing, laser tools, and photolithography. An epoxy coating protects the probe from water and moisture, such as human sweat, where the patch is applied. According to the MIT scientists, a patch of this type can be produced in about two minutes using industrial processes.

In addition to the MIT team, other researchers are also working on ultrasound patches. Among them is the University of California (UC) at San Diego, where a member of the MIT research team was previously, and the University of Toronto. However, the MIT development is the smallest and most highly developed product yet in terms of its images.