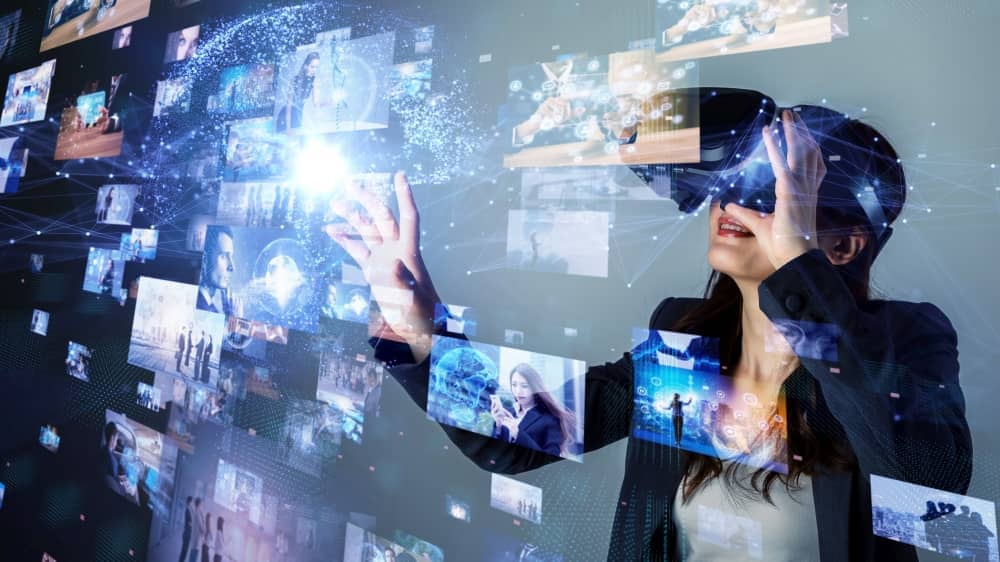 The future of the third dimension

Ivan Sutherland is considered the pioneer of computer graphics. In 1968, the MIT professor developed the first head-mounted display (HMD), the predecessor of the first virtual and augmented reality glasses. However, since those two concepts did not exist back then, Sutherland used the term hologram. Five decades later, his invention has become ready for the market – Virtual Reality and Augmented Reality are equally used in the gaming sector and in industry; mixed reality is among the standard applications in product developments and a wide variety of models of smart glasses are available to end customers.

Taking a look at the VR glasses segment as produced by Oculus, Sony, Samsung, HTC, Magic Leap or Microsoft, it becomes obvious how rapidly the market is developing: While 7.1 million units were sold in 2018, sales will increase to roughly 36 million units by 2023 according to ABI Research. Smart glasses, for example Google Glass, launched by Google five years ago, have seen even more rapid growth: while 500,000 were sold in 2018, sales will increase to three million in 2020 and even 32 million in 2023 according to the analysts of IDC. Manufacturers such as Vuzix, North, Epson or Google, with its “Google Glass Enterprise Edition”, try to integrate processing power as we know it from computers or smartphones into a glasses frame.

WEARING PROCESSING POWER ON THE HEAD

Whether it is VR, AR glasses or smart glasses: miniaturization is in great demand as functionalities need to be integrated into very small spaces. This miniaturization can be achieved by ever increasing packing densities of the electronic modules. Since glasses are small and relatively thin, printed circuit board technology plays a vital role: it must become small, flexible and extremely compact and then merges with the semiconductor technology. Manufacturers aim to eventually make the technology in smart glasses so small that not only new form factors become possible, but also everyday applications.

MINIATURIZATION IS THE KEY WORD FOR THE FUTURE

The actual challenge is to fit processing power into a beautiful form factor. At AT&S, this is achieved by using technologies such as mSAP in the area of miniaturization. Another challenge is to maximize the energy efficiency of such glasses to allow batteries to be as small as possible. What seems quite possible for smaller smart glasses is more difficult in the case of large VR and AR glasses as they use a lot of energy due to their functionality. However, if the battery increases in size or is required to become more powerful due to additional functions, some other parts need to be reduced. This is where the AT&S expertise in miniaturization comes into play.

FROM HYPE TO USEFUL APPLICATIONS

VR/AR or mixed reality has pulled through the hype and has started slowly but surely. Some experts attribute similar significance to this technology as to the invention of the World Wide Web as such. There is a wide variety of applications for mixed reality, and many more are still to come. Apart from the fact that the gaming industry develops games based on VR glasses, thus enabling a new gaming experience, this technology is above all employed in segments like education, industry or trade. In medical training in China, VR glasses are used as part of the government program “Health China 2030”, allowing students to practice surgeries on virtual people.

In the international automotive industry, VR/AR glasses are used for a variety of applications, ranging from the design development of new vehicles, where designers at locations throughout the world work together virtually on a vehicle concept via a mixed reality platform, to quality control, where defects are recorded digitally with the help of VR/AR glasses. And – if we believe the forecasts – we will increasingly use smart glasses even when we go shopping, to try out products or look at a new piece of furniture in our virtual living room. VR/AR will create new worlds – and technology will contribute to ensure that they are good and benefit customers.