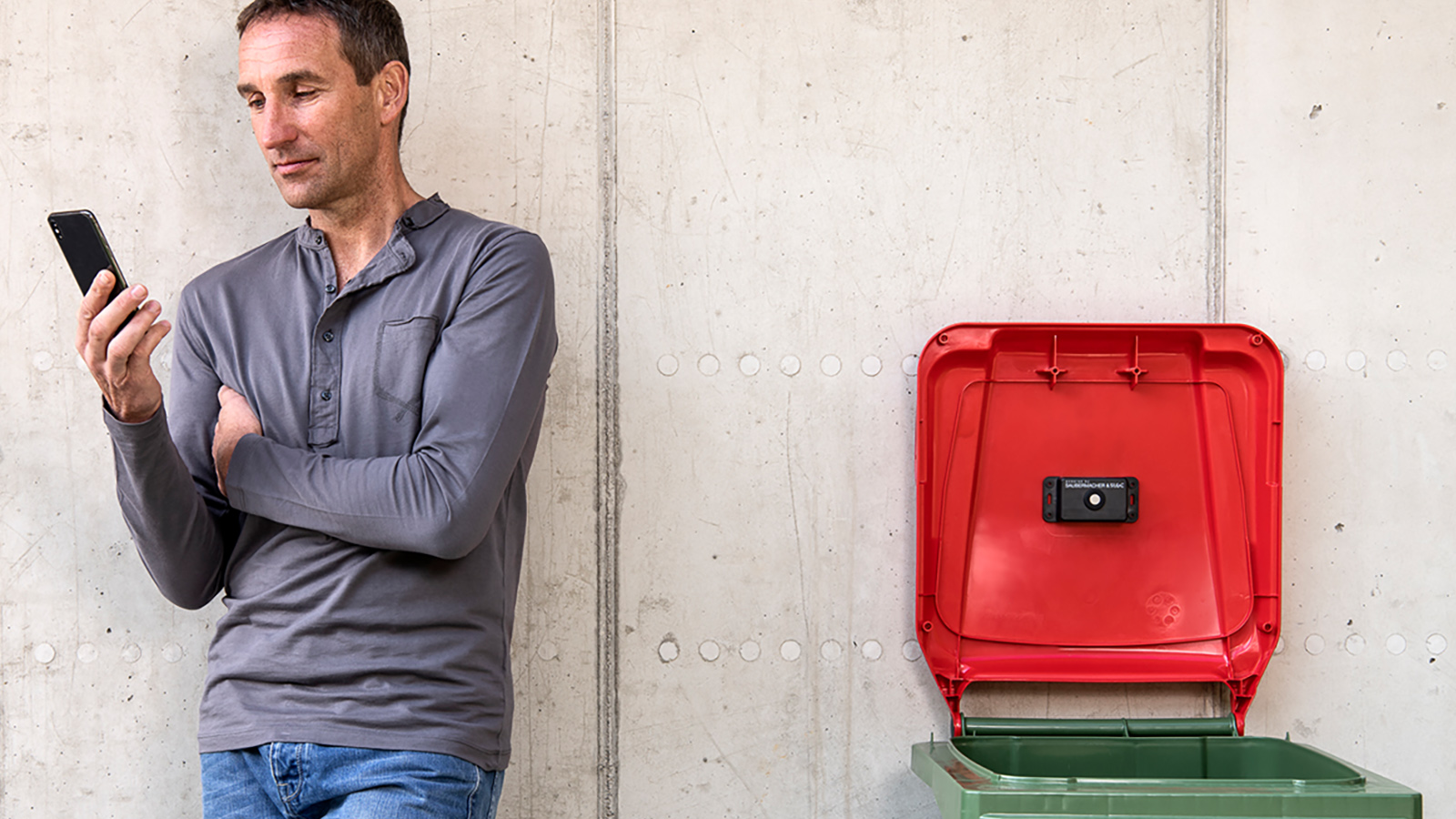 Since the beginning of time, man has produced a product with outstanding reliability: waste. However, what has rotted for thousands of years has grown over our heads since industrialization and consumer society thanks to non-rotting waste. The way to get rid of the mountains of rubbish lies in rethinking: rubbish is the raw material of the future. And the way to dismantle it is called “Smart Waste” – electronics that help with sorting and processing.

The bane of modern life and its conveniences is the growing amount of waste that is a by-product of our prosperity. Austria is above average in the EU. Its households produce 4.3 million tons or 480 million cubic meters of garbage annually. If you stacked this up to form a literal mountain, it would be a square half a kilometer on a side, as high as St. Stephen’s Cathedral in Vienna. Or, to put it another way: put it in front of the door instead of constantly throwing it away, giving each resident a colossal sack, almost six meters high, one meter in diameter, and weighing half a ton. And the load gets bigger and heavier every year.

Increasingly over the past few decades, we have learned that the solution to this problem does not lie in larger landfills that are sealed and used as (problematic) building land; not in more incinerators that filter toxic residues but still emit their greenhouse gases into the air; nor in exports to developing countries, which can generate income in the short term and cause significant problems over time.

People had already recognized the answer in ancient times: recycling valuable materials from household and workshop waste. “Antiquity was a strong recycling society,” says archaeologist Sabine Ladstätter, head of the Austrian Archaeological Institute, 2011 Scientist of the Year. Excavations in Upper Egypt proved recycling: Hardly any glass or metal was found, as these materials were collected and melted down again by the Greeks, Egyptians, and Romans. Old bronze and copper statues were melted, and their material reused after destruction.

Recycling and the circular economy are the order of the day to reduce the now gigantic human ecological footprint. With some materials – especially waste paper and glass – this works quite well. For others, the results are still modest, demonstrated by the growing problem of plastic leftovers. Only a third of domestic plastic waste is recycled. The rest is incinerated – in the EU, 55 percent of plastic waste should be recycled in just a few years. And a huge issue that is still in the early stages of being resolved is electronic waste and batteries, which are found in e-cars and singing birthday cards and many microdevices and often end up in household waste.

However, innovative technology can help to solve these problems. Networked garbage cans detect filling levels and potential issues like overheating, making disposal more efficient. Material scanners can detect materials in the wrong bin. All this is the basis for “Smart Waste Management.” The Styrian disposal company Saubermacher, which operates worldwide, is pioneering in this field. Smart garbage cans and material scanners have been in use in many municipalities for several years.

The material scanner works with artificial intelligence for optical pattern recognition, a joint development by TU Graz and Joanneum Research. Sensors and multispectral cameras detect whether there is glass or plastic in the residual waste. Households get feedback on their recycling efforts to motivate them to separate better. The smart dustbin, in turn, has a sensor that monitors the level of the bin and the temperature development. This optimizes garbage runs, reducing journeys and thus the burden of traffic.

But what about measuring the temperature in the bin? Lithium batteries are becoming more common in the trash, says Saubermacher — and this can cause overheating and fire, a problem that garbage collectors (and volunteer firefighters) have to deal with in increasing numbers. The Saubermacher vision: zero waste, turning all waste into raw materials. “On average, we throw something away six times a day. In the laboratory, we are already working on making the garbage bin in the apartment scream if something wrong is thrown in,” said Ralf Mittermayr, CEO of Saubermacher, at the presentation of networked projects some time ago in Vienna.

Industrial partnerships such as the one with the printed circuit board manufacturer AT&S are also essential for implementing this vision. As part of the sustainability strategy of the high-tech company, production waste in the company should be reduced to a minimum and recycled — just like the recovery of copper from the production process (the AT&S Blog reported). Among other things, smart garbage cans are installed in the company as part of this zero-waste project with Saubermacher. Since emptying only takes place as needed, this saves ten working hours per month in the initial phase — which can be used elsewhere for better waste management.

The use of used car batteries as stationary storage is trend-setting for “Zero Waste” with the rapidly growing amount of lithium batteries from electric vehicles. Lithium-ion batteries from electric cars are already replaced when they drop to 80 percent of their capacity. But they still have exactly the energy needed for storage applications. Therefore these used batteries can continue to serve as stationary electricity storage for many years to come. In a pilot project by Saubermacher, together with Styrian research institutions, the tested and rewired old batteries cover peak loads when a recycling plant is starting up. These batteries prevent the network from overloading.