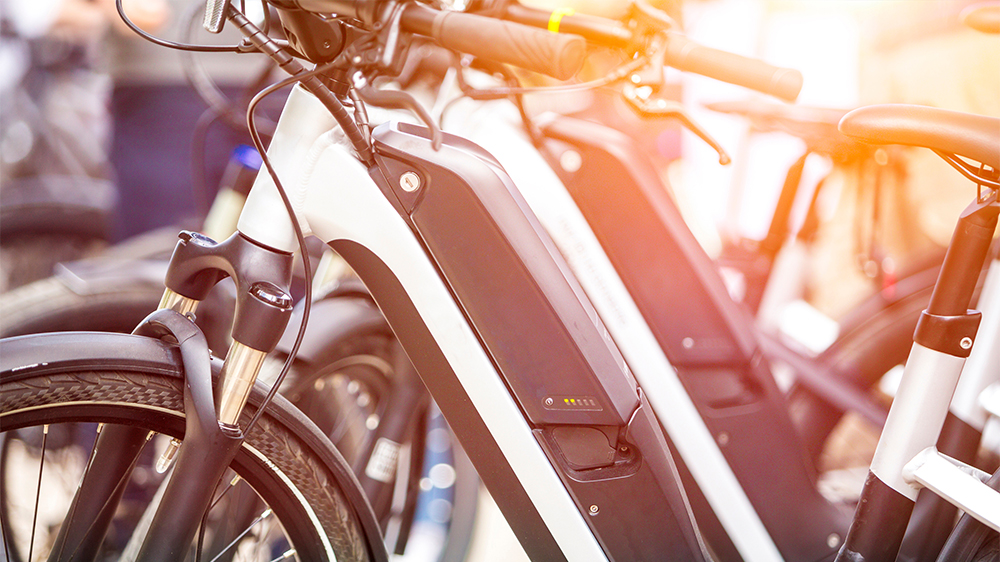 Four out of ten new bicycles are e-bikes, with a steep upward trend. Electromobility has long become part of everyday life, although it will still take quite some time for cars. With leading-edge innovations, AT&S contributes to increasing the efficiency of electric drive systems.

In the transformation of our mobility the signs clearly point to “e” – electric drive trains instead of combustion engines or, in the case of bicycles, pure muscle power. For many, this cannot happen fast enough in view of the dawn of the diesel age in the automotive industry. At this stage, the share of newly registered electric cars in Austria and Germany is still in the single-digit range (most recently 4.4 percent in Austria, 6.4 percent in Germany). However, a look north shows that the change is rapidly gaining momentum: in Norway, electric cars already account for the majority of new cars at roughly 60 percent, in Iceland it is more than 20 percent and in the Netherlands 15 percent. Even Markus Söder, Minister-President of Bavaria, the home of BMW, is now considering not allowing any new registrations of cars with combustion engines from 2035 onwards.

Although the transformation will take longer for cars for a variety of reasons — they are a significant investment, there is no sufficiently dense network of electric filling stations and their purchase price is significantly above average due to expensive batteries — a look at the bike market shows how fast electromobility is taking over in everyday life.

Last year, four out of ten new bicycles bought in Austria were e-bikes — with the number doubling in four years. In Germany, roughly 1.4 million e-bikes were sold in 2019, 40 percent more than in the previous year. With the corona lockdown, the trend towards bicycles, especially towards e-bikes, saw another strong boost. The business with electric scooters (e-scooters) has also gained momentum: in 2019 the global turnover in this industry totaled no less than 25 billion euros and is expected to more than double to 55 billion euros in the next ten years.

While consumers primarily pay attention to electric motors and batteries, the electronic “interior” plays a vital role in development. A central component of e-bikes and all other electric vehicles are inverters, which convert the direct current of the battery into alternating current to satisfy the electric motors’ hunger for energy, explains Patrick Fleischhacker, Hardware Development Engineer at AT&S.

These inverters are currently assembled by the manufacturers of e-bikes and other electric vehicles using components from different suppliers, which leads to poorly coordinated hardware and software, says Fleischhacker. The development goal of AT&S is to develop complete inverter modules for different users. All necessary components are produced together with the printed circuit board.

In other versions of these integrated modules, gallium nitride will be used instead of silicon in order to increase the speed and energy efficiency of the circuit. Gallium nitride has a wider bandgap than silicon. The current consequently flows through with less resistance, which allows higher voltage and leads to lower temperatures.

“The design of our inverter modules is closely coordinated with potential customers since we this is how we learn what their specific requirements are,” Fleischhacker explains. In the automotive segment, there are also strict safety requirements when the voltage increases to several hundred volts and can therefore become a life-threatening risk if handled incorrectly.

The development of these inverters, which places high demands on hardware and software design, is a successful example of the cooperation between AT&S and Joanneum University of Applied Sciences: for Fleischhacker it is the basis of his master’s thesis.