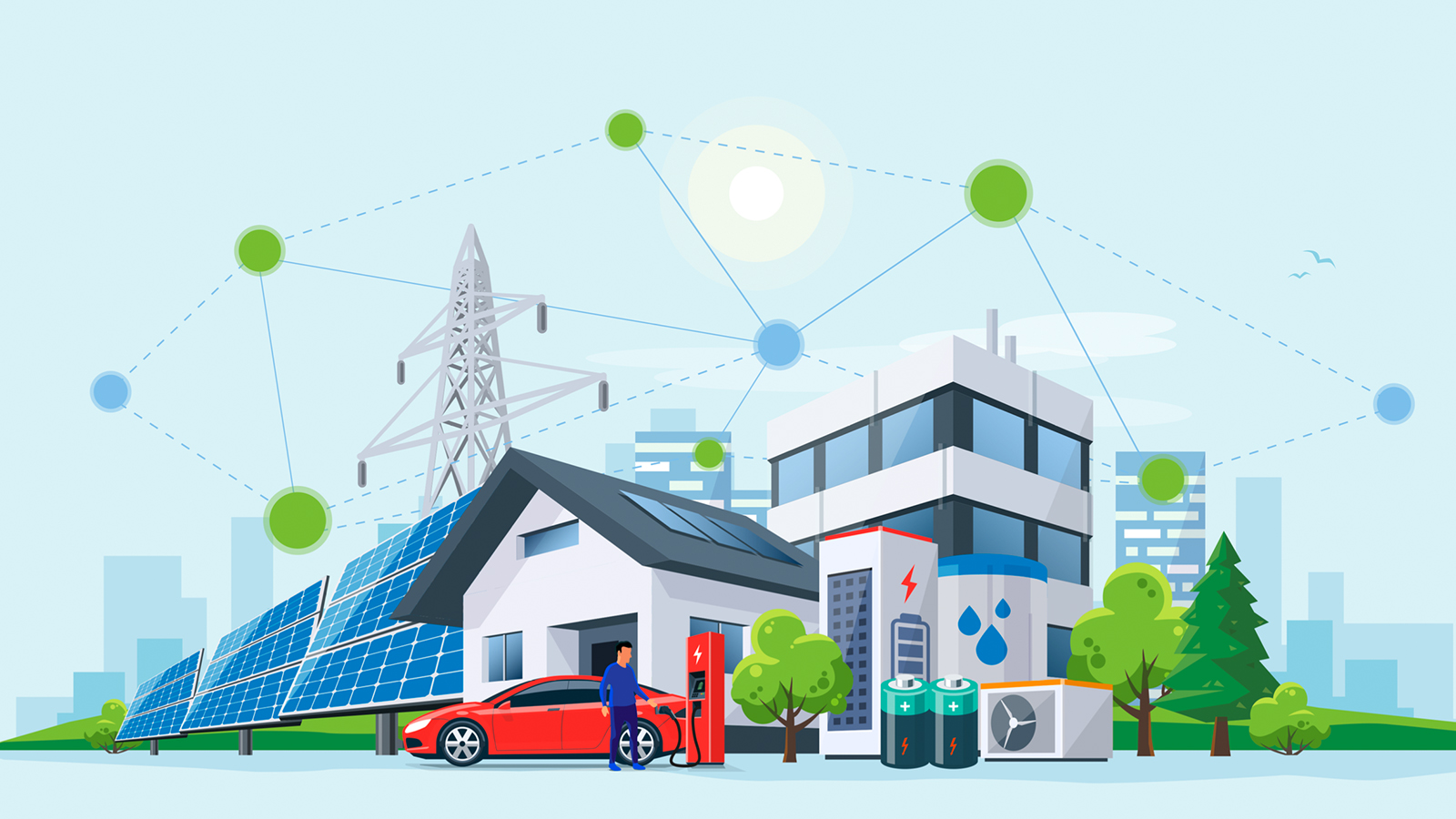 Car batteries are often dismissed as the Achilles heel of transforming from combustion to electric cars: too heavy and insufficient storage. However, by integrating them into the supporting car structure, car manufacturers save weight and volume while increasing the range. And network operators see another future for the batteries of nationwide car fleets: as an electricity storage device that can provide peak loads in the electricity grids.

Batteries are often undeservedly seen as a minus rather than a plus in electromobility. Too short range with too much weight: This complaint can usually be heard for e-bikes, e-cars, or e-drones. But the future of car batteries promises a lasting change in electric car design over the next few years.

E-pioneer Tesla, Chinese car manufacturer BYD Auto and Chinese battery manufacturer CATL, the world’s largest battery manufacturer, are all working on battery cells that can both store electricity and are strong enough for the supporting structure of the automobile. “Cell-to-pack,” “cell-to-body,” and “cell-to-chassis” are the magic words of the new development, says Euan McTurk, an electrochemist at Plug Life Consulting, describing the future trend in Wired magazine. This allows batteries to be distributed more efficiently in the car. “The ultimate battery pack would be one that consists of 100 percent active material. Every part of the battery cell stores and releases energy.”

Conventional batteries for e-cars combine battery modules in battery packs into one unit. Often, a lot of space between the modules is lost in the process. In the future, the batteries will be inserted directly into the pack instead of in modules, achieving higher output with less space requirement. The manufacturer CATL (Contemporary Amperex Technology), which also operates a plant in Germany, promises ranges of up to 1000 kilometers thanks to the performance gained in the smaller pack. Smaller battery packs also give passengers and their luggage more space.

Tesla relies on “cell-to-body,” the integration of the car battery into the body of the vehicle. Tesla founder Elon Musk compares this technique to constructing a modern airplane wing: Instead of building fuel tanks into the wing, fuel tanks are created in the shape of a wing. Similarly, batteries would be made as car parts in the future.

The secret to this development is glue. Battery cells are now connected to packs using an adhesive that also has a fire-retardant effect. Tesla has developed a glue that also has a strengthening function. This invention allows the batteries to carry loads in the car while the chassis protects the battery cells. Eliminating the pack reduces weight and the number of parts that must be produced for a car. The Chinese carmaker Leapmotor plans to launch the first vehicles of this design in 2022.

However, greater efficiency will also bring new yet unknown problems, such as repairing damaged vehicles and disposing of batteries. One current option will be lost: Using car batteries, whose performance is no longer sufficient for the vehicle, as stationary electricity storage for electricity grids.

With the upcoming ban on the sale of combustion engines, large fleets of e-cars with enormous storage capacities will be on the road. Cars are the priority and not driving: This gives power grid operators the idea of ​​using the storage reserves of e-cars to compensate for peak loads.

The Ford F150 pickup truck, which came onto the market this year, gives a foretaste. The fully charged battery storage of the F150 should be able to supply a family house with electricity for three days. This can be an individual strategy against a power failure and the use of own power generation using photovoltaic systems on the roof. Network operators, on the other hand, are thinking further. For them, electric vehicles become part of their infrastructure when using renewable energy. Refueling occurs when there is a surplus of electricity, for example, when wind turbines generate more electricity at night than is required. On the other hand, electricity is withdrawn to compensate for peak loads in the network.

The heat wave of 2022 already showed how battery storage makes additional thermal power plants unnecessary. In the last five years, the grid operator CISO (California Independent Systems Operator) has expanded its storage capacities to six percent of the electricity requirement, which corresponds to the volume of a nuclear power plant. These storage systems have evened out the peak load in the “golden hour” when Californians come home in the evening and turn up their air conditioning and household electricity consumption skyrockets.

While the importance of grid storage will continue to grow, “batteries on wheels” represent new potential here. However, e-cars and their charging stations must learn a new trick to do this. Currently, the charging process converts alternating current (AC) into direct current (DC) for car batteries. However, very few charging stations have mastered the reverse direction of converting DC back into AC (V2G, vehicle to grid), and installing such bidirectional devices is expensive.

There are currently only 100 such V2G pilot projects worldwide, most of them in Europe. However, the potential is enormous: the global number of e-cars is estimated at 200 million vehicles by 2030. Their capacity would be sufficient for regional power suppliers to operate their grid for three days.