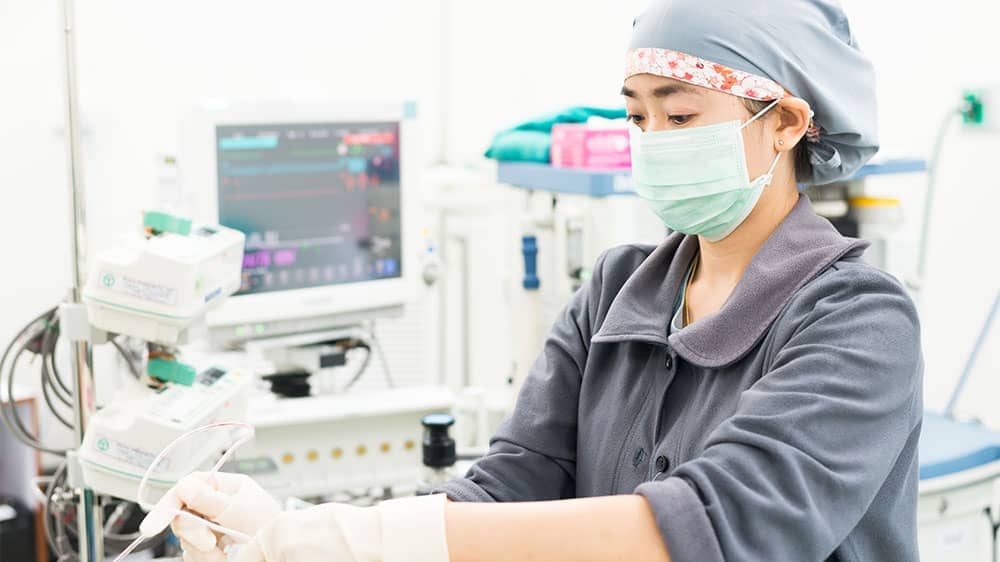 From an “Iron Lung” to a high-tech respirator

AT&S technology plays a major role in the control of artificial respiration.

There is one medical device of particular importance in the treatment of patients with severe cases of Covid-19: the ventilator, which supports in various forms to supply the human body with sufficient oxygen. To give artificially respiration to people is one of the great achievements of modern intensive care medicine. The options range from the additional supply of concentrated oxygen to the patient through a mask or so-called nasal cannula to invasive ventilation for anesthetized patients with a tube or with a tracheostoma (tracheal incision). All methods are intended to ensure that the organism is supplied with sufficient oxygen and that the oxygen tension in the blood remains constant. And technology plays an important role in all methods today – because ventilation is controlled by high-tech devices, in many of which AT&S interconnection technology is on board.

In the past century, medicine has made astonishing advances in the ventilation of patients with lung diseases, saving many lives. One of the first devices with which artificial ventilation of patients was possible was the so-called “iron lung”, which was first introduced in the USA in 1928. The patient lies up to the head in a metal cylinder, which is airtight at the neck. Due to the alternating build-up of negative and positive pressure in the cylinder, ambient air is forced into and from the lungs through nose mouth when in- and exhaling.

The “smart” component in the device

Thanks to medical innovations, we are now a long way from such steel prisons that ensured survival. State-of-the-art technology has long been used. Since the beginning of the 1980s, ventilators have become increasingly smart – microprocessors monitor and control the respiratory flow and thus enable targeted therapy.

Usually, an adult breathes about twelve times a minute – a reflex that works completely unnoticed and without thinking about it. “If this reflex is impaired or if the gas exchange via the pulmonary alveoli into the blood is no longer successful, devices must take over this function,” says Volker Hofmann, Director Sales Medical at AT&S. Depending on the mode of operation of the ventilators, the breath can be controlled in different ways according to volume, pressure or time. In this context, the printed circuit board has a core task – the “smart” component of the ventilator must ensure that, depending on the treatment method, the desired inspiration volume or the set airway pressure is reached before leading over to exhalation.

Another variant are time-controlled respirators, which supply the lungs with oxygen for a preset period of time and thus enable a certain breathing rate. “On the one hand, with our circuit board solutions, we ensure that the microprocessors in these ventilators are connected as well as possible, and on the other hand, we deliver the highest quality standards, which enables us to guarantee the greatest possible reliability,” says Walter Moser, Sales Director for the Automotive, Industrial and Medical division at AT&S.

Since the global outbreak of the Covid 19 pandemic, the demand for printed circuit boards for ventilators has increased enormously. AT&S is currently producing printed circuit boards for established manufacturers of respiratory equipment such as Masimo or Ventec Life Systems, these orders are placed through EMS service providers such as Zollner or Jabil, with whom AT&S has been cooperating for many years. Ventec has started a major project with General Motors and is building 10,000 ventilators per week in the United States. Among other things, Masimo currently also produces “home monitoring” products that can be used to monitor Covid 19 patients at home. There is also strong demand from governmental side around the world and from companies that have switched their production to ventilators at the request or arrangement of states. There are some manufacturers in India who rely on AT&S know-how for the production of ventilators.