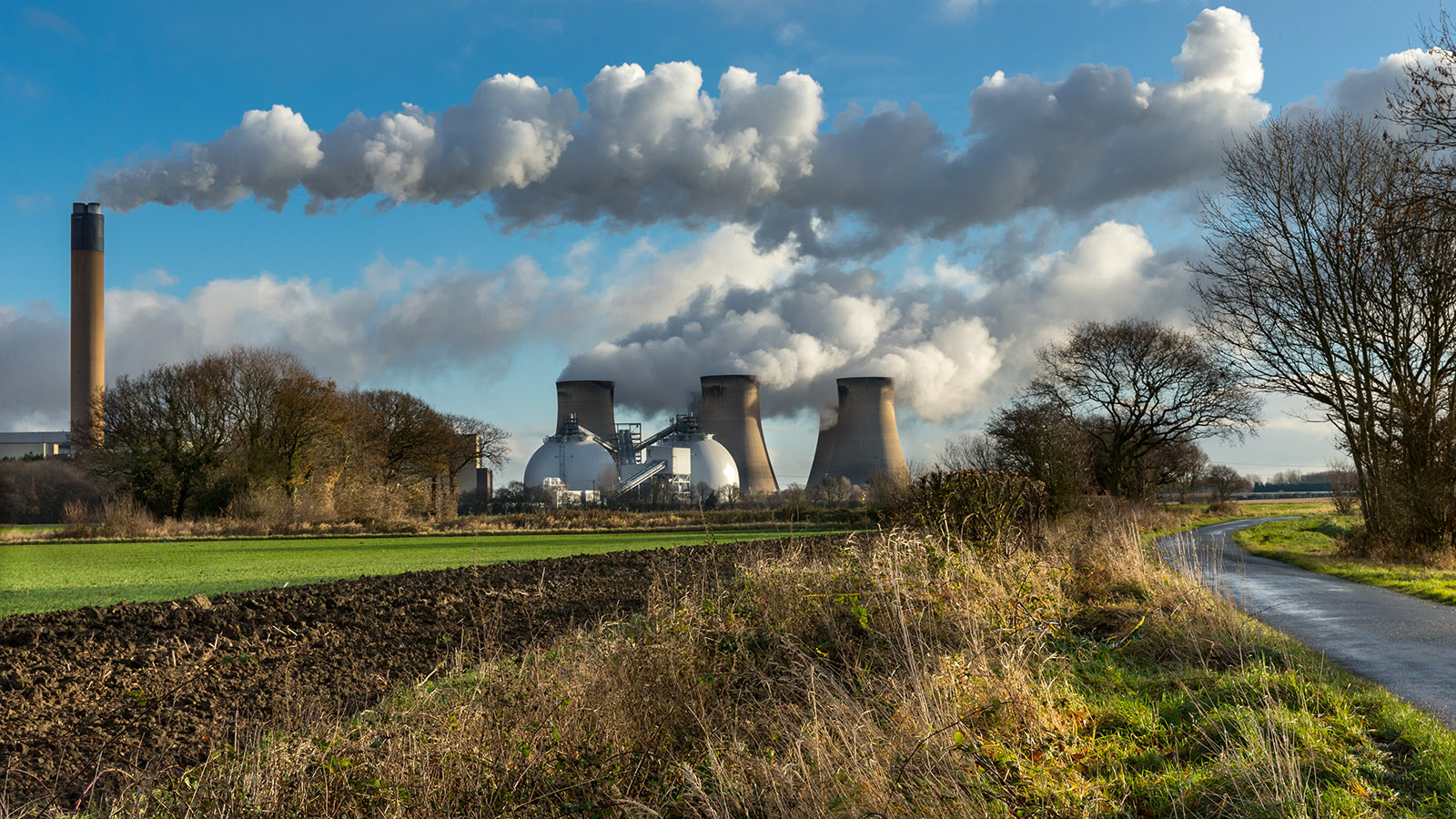 First, the easy part: decarbonization. Then to the difficult part: extracting CO2 from the air.

“Net Zero” by 2050, no further increase in CO2 in the atmosphere, is the ambitious climate target of the Paris Agreement. While the focus is on decarbonizing power generation, Net Zero also requires processes to remove CO2 from the atmosphere: “Carbon Capture and Storage,” CCS. Some are critical of this development.

Drax in Yorkshire, the seat of an Augustinian monastery and a large parish in the Middle Ages, later an important local center thanks to a secondary school and two railway stations, is now an insignificant village with fewer than 500 inhabitants. The school and train stations have long been closed. Only two attractions have remained in Drax: the Church of St. Peter and Paul, which towers over the town, and just a few kilometers from the town center, the six towers of a coal-fired power plant.

When it went into operation almost 50 years ago, Drax was the largest coal-fired power station in England. In the meantime, Drax stands for a different kind of energy transition: by 2030, the power plant should become “carbon negative,” meaning it should extract more carbon dioxide from the air than it produces CO2 itself.

The transformation is a play in two acts: the first is almost complete and consists of converting coal to biomass as fuel. Ideally, the power plant should be “CO2 neutral” because as a renewable raw material — above all wood pellets from the residues of wood processing — the plants remove as much CO2 from the atmosphere as is rereleased during combustion. (Whether firing with wood chips is CO2-neutral is hotly debated. The objection: wood does not grow back quickly enough to bind as much CO2 as is released when it is burned.)

The second act, for which the curtain rose as part of a pilot project in 2019: the extraction of the CO2 produced during combustion and its storage in underground rock formations — known in the technical jargon as “carbon capture and storage” (CSS). In the pilot phase, one ton of CO2 will be removed from the daily emissions, and by 2030, the plant will store 8 million tons of carbon dioxide each year.

CCS is part of the scenarios developed in the Paris climate agreement. To achieve the goal of limiting global warming to 2 degrees Celsius, ideally, only 1.5 degrees, much more ambitious plans would be necessary than the current declarations of intent by governments. “Only” CO2-free power generation, including the controversial use of nuclear energy, would not suffice to achieve Net-Zero. That is why states would also have to remove CO2 from the atmosphere again. The IPCC (International Panel on Climate Change) estimates a range from 100 to 1000 billion tons by the end of the century. According to the International Energy Agency (IEA) in Paris, CSS could contribute around 20 percent to reducing greenhouse gases. In 2020 only a modest 40 million tonnes of CO2 were removed in this way, according to the IEA, compared to 34 billion tonnes of CO2 emissions in the same year.

There are several reasons for this: There are currently many processes, especially in producing steel and cement with extremely high temperatures, that can do without fossil energy. Air travel, responsible for around 2.5 percent of global emissions, will require fuels with a high energy density, at least on long-haul routes, which will continue to release CO2. And in many regions of the world, mobility will depend on fuels, including fossil fuels, since the infrastructure for e-vehicles is patchy at best.

It is ironic that the industry, which is responsible for most of the fiasco, may come to the rescue here: the oil producers have the know-how to pump CO2 underground, and they have the underground reservoirs to store the gas in large quantities.

CO2 is already being used to extract oil and natural gas from rock strata, albeit to a much lesser extent than CCS would require. However, the oil companies worsen their CO2 balance sheet because they obtain carbon dioxide from energy-intensive industrial production instead of the air, as the Drax Power Station does.

Several projects by large oil companies, especially in the North Sea, are being developed here. “Northern Lights” is a cooperation between the Norwegian oil company Equinor, Royal Dutch Shell, and French Total to develop depleted oil fields in the North Sea for CO2 storage. Another project is being built on the site of a former steelworks in Teesside, England, to bury CO2 emissions from local factories deep under the North Sea. The project, operated by BP and the British government, is currently the most ambitious CCS project. Other significant projects could follow in a few years in the Gulf of Mexico; in a policy change, the oil company Exxon declared CCS to be an important future business field last year. By 2040, the global carbon capture market is projected to reach $2 trillion.

While on the one hand, CCS projects, technologies, and state support are slowly gaining momentum, there are also concerns and resistance on the part of environmental organizations. The focus is on safety issues: how can such gigantic amounts of CO2 be stored without leaks or a sudden escape of carbon dioxide in the event of an earthquake? Answers to this legitimate question will be needed.

Basalt rocks attract tourist in Iceland –– 1000 meters down carbon dioxide combines with the basalt to form insoluble calcium and magnesium carbonates – there is no more durable packaging for carbon dioxide. / Credit: spu

Iceland is working on a possible solution. A facility called Orka (Icelandic for energy) sucks CO2 out of the air, mixes the gas with water, and injects it 1,000 meters down near a basalt formation. The carbon dioxide combines with the basalt to form insoluble calcium and magnesium carbonates – there is no more durable packaging for carbon dioxide. This Swiss and Icelandic joint venture has been running successfully since several years.

Another carbon capture variant is converting the gas instead of storing it, called Carbon Capture and Utilization (CCU). Scientists at Leoben’s Montanuniversität see CCU as a more viable way for Austria to help reduce emissions. The gas can be used through chemical processes and thus contribute to added value, as a research group at the Institute for Process Engineering in Industrial Environmental Protection formulated as early as 2012. This process could produce fuel from carbon dioxide — the CO2 produced again during combustion is used again in the cycle. However, CCU can only contribute indirectly to reducing CO2, for example, by replacing fossil fuels.